In Tunisia, thousands of vehicles got into snow trap 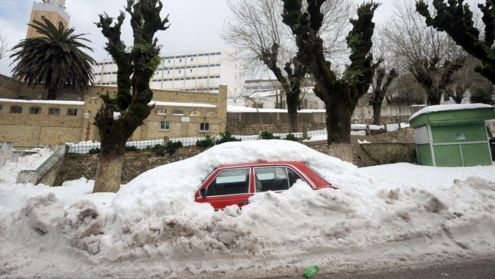 Thousands of motorists stuck on the roads of Tunisia due to heavy snowfall. In the area of emergency rescuers left, which will get affected including means of heating.

Earlier, the Tunisian authorities warned residents of the province of Jendouba (North-West of the country) about the deteriorating weather conditions and heavy snowfall. However, motorists, including drivers of at least two school buses stuck on the roads.

In the area of the disaster has directed the special services that will provide captured all the necessary elements, including food and heating means, reports Agence France Presse with reference to the press service of the government.

Prime Minister of Tunisia Youssef Shahed held an emergency meeting with the Ministers of internal Affairs, hédi Majuba, defence Farhat Horchani and the head of the Ministry of equipment, housing and territorial development Mohamed Salah Arfaoui.

According to the Governor of the province of Jendouba Akram Sabri, the situation was brought under control.

Heavy snowfalls were also held in the governorates of KEF, Siliana and Kasserine. And, according to forecasts, rainfall might continue till the middle of the week.

The Ministry of internal Affairs calls on the inhabitants of these regions to refrain from any trips in the near future.