In Turkey, a huge dip of soil was formed 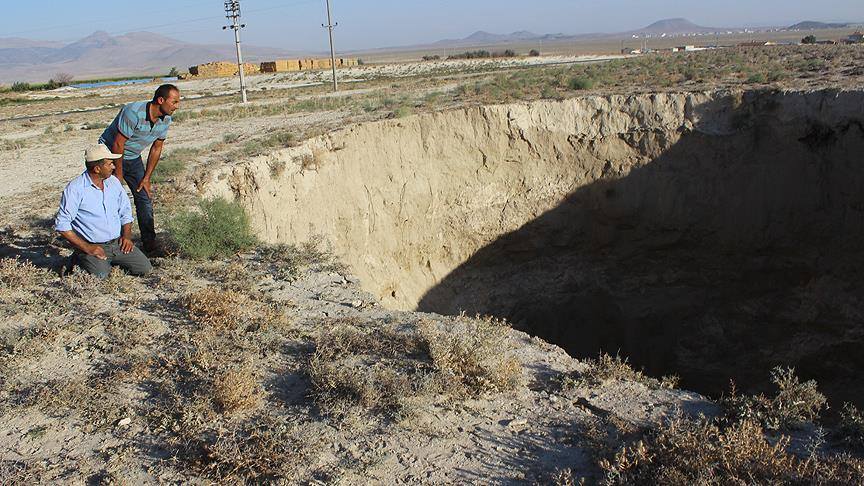 The shepherds unexpectedly heard a loud roar in the Karapinar district of Konya district in the afternoon of September 23, as a result of which the whole herd of animals was frightened and they were hardly able to assemble together.

On a column of dust the shepherds realized that very near them, something happened and headed there. They discovered a huge funnel with a diameter of 40 meters and a depth of over 20 meters. 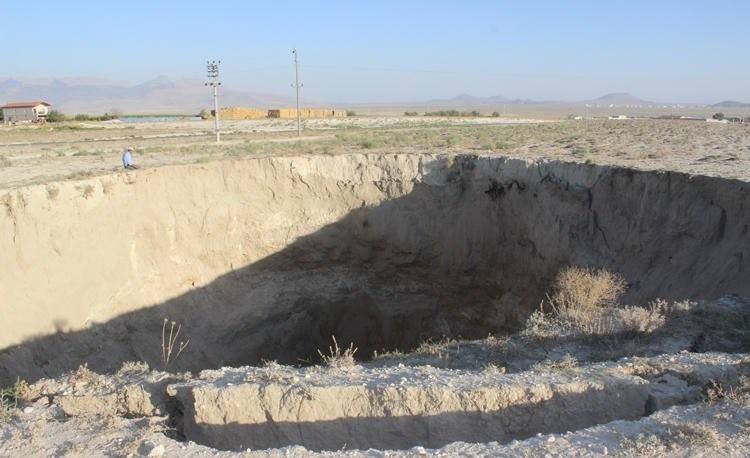 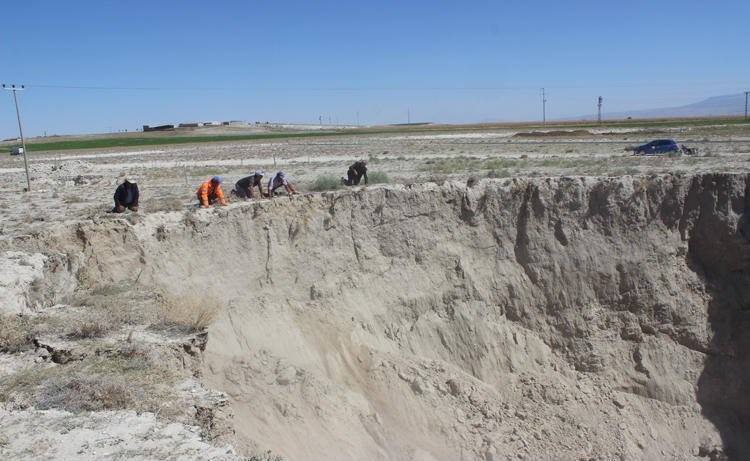 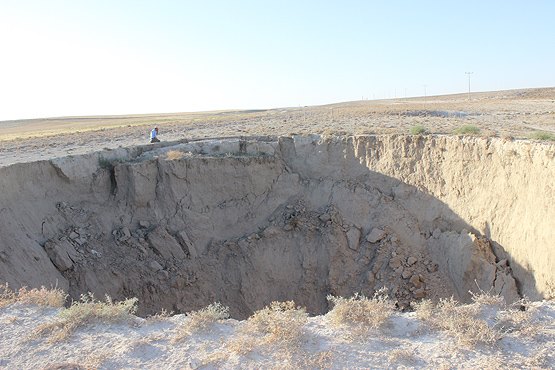 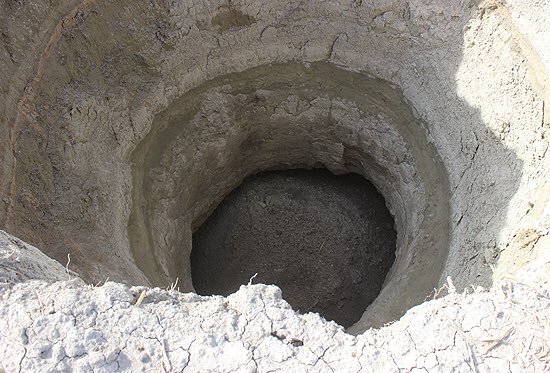 Local residents note that in recent times in this region of such failures appeared about ten, and their depth reached 14 meters. What is the reason for the appearance of failures and what is the threat to the population is not reported.