In Turkey, because of rains, the train came off the rails 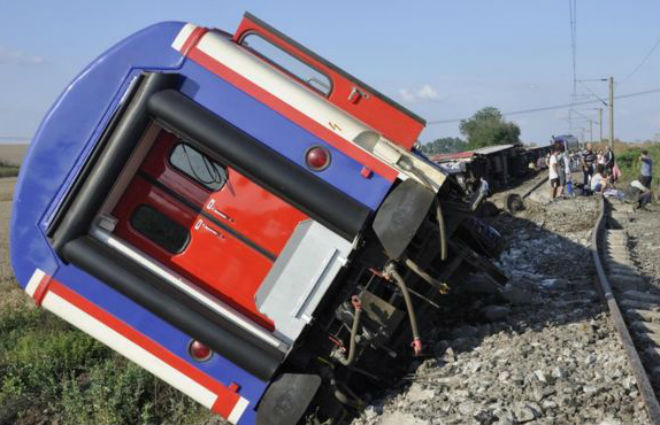 In the north-west of Turkey, because of rains, a passenger train came off the rails. At least 24 people died.

The accident occurred in the province of Tekirdag, the train followed from Edirne to Istanbul. Presumably, the cause of emergency was poor weather conditions. Because of heavy rains, the embankment, on which the railway tracks are laid, was washed out.

Over 100 ambulances were sent to the scene of the accident, as well as helicopters.

In total there were 362 people and six drivers on the train. Six wagons came off the rails.