In two districts of Primorsky Krai, Russia declared a state of emergency 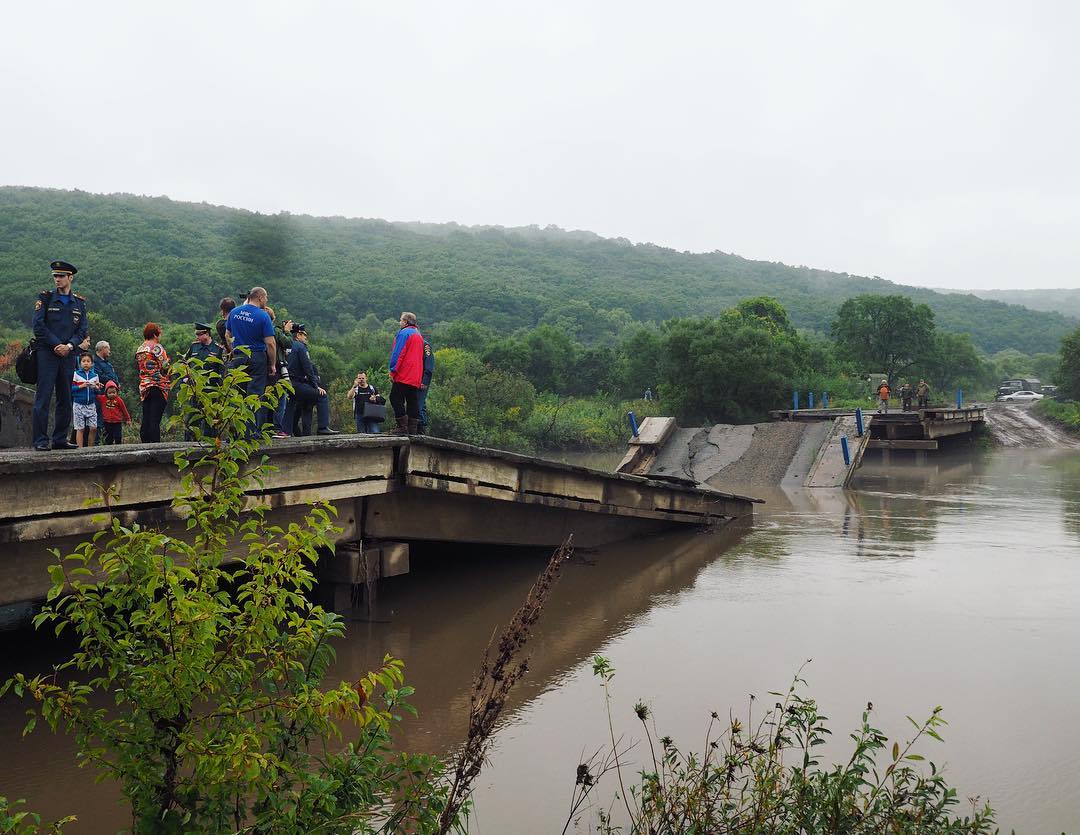 Today, September 6, started and Oktyabrsky districts imposed a state of emergency. In total by the heavy rains brought by Typhoon Lionrock, injured 18 territories of the region 34. The water continues to test the nerves of residents of Primorye – in the case of lifting water up to 6 meters will be podtopleny the city Lesozavodsk.

However, the rise of water level in the upper and middle reaches of the river Bolshaya Ussurka (the Mill and the village Roshchino of Krasnoarmeisky district). Also protected by the high water content category of dangerous hydrological phenomena in the middle reaches of the Ussuri river near the town of Lesozavodsk. As of 17.00 the water overflowed the banks in some areas of the city and has already started flooding. Flooded village Tikhmenevo. It is also reported about the dam in the village Field, there is thrown, the emergency force from Tikhmenevo. The water level in the river is 5.5 metres, it is expected to increase up to 6 meters.

For the past day the power supply is restored in 23 settlements remain without electricity 29. In addition, restored communication with 6 settlements, missing with 28 towns and villages in 5 municipalities (Dalnegorsk city district, Kavalerovsky, Lazovsky, Olginsky and Terneisky areas).