In Yakutia, the temperature dropped to minus 60 degrees 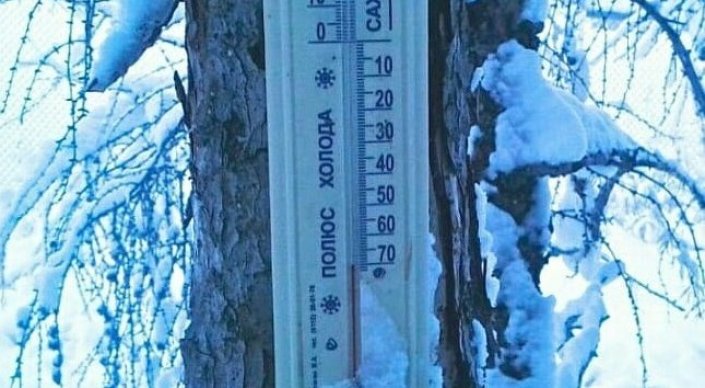 In Yakutia residents posted a video illustrating the abnormal cold in the republic. The video thermometer does not have enough divisions to show the temperature of the air, which has dropped to minus 60 degrees.

The author of the video says that frosts are “under minus 60”, however, judging by the roller, the boy, horses and the dog feel normally in the yard.

On January 14, the lowest temperature was recorded in the Oymyakonsky district of Yakutia -60 degrees. In 18 districts of the republic the thermometer dropped below -45 degrees.

According to the weather forecasters, until the middle of next week such strong colds will not recede, the air temperature can become even colder, slight warming is expected only by the end of the week.

One of the residents of Oimyakon village took a video of his thermometer on which there was not enough divisions to reflect the extreme temperature drop. However, despite this, the man, along with his nine-year-old son, takes care of the horses. “Today we have a temperature at 13.00 in Oymyakon, we get 56 degrees Celsius, in the morning it was minus 60 degrees, now we clean our horses of snow,” says voice-over.