In the North-West Yellowstone recorded an increase in seismic activity. Over the last week here has been more than 30 quakes, and a month more than 130. 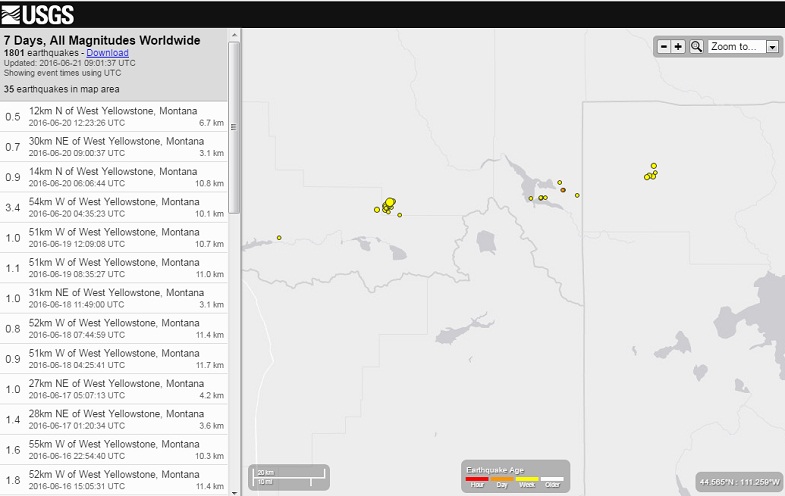 It should be noted that the increase in the number of earthquakes is a dangerous sign, as in the opinion of volcanologists, this may be the precursor to more serious disaster.

Formally, the epicenter of the seismic activity is located on the borders of Yellowstone, but according to a recent study, this does not mean that they do not relate to the volcano. The magma reservoir under the Yellowstone according received in 2014, was much more than expected.