Incorrect message about the 9.1 magnitude earthquake caused panic in Japan 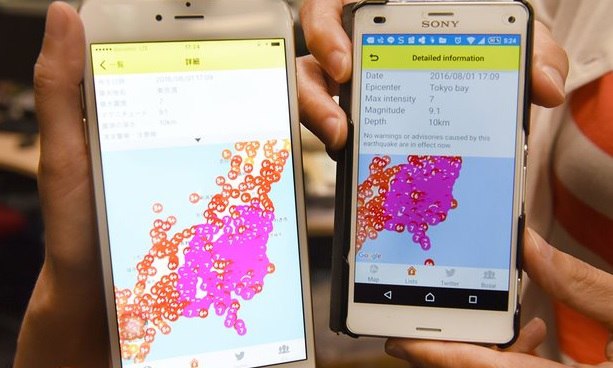 The false message about the strong earthquake alarmed many residents of Tokyo on Monday. So, inhabitants of the Japanese capital, with the smartphone app Yurekuru warning on natural disasters received a message stating that approximately at 17:09 local time, an earthquake of 9.1 magnitude will occur in Tokyo.

However, the earthquake did not happen, and all other applications, usually reporting on natural disasters, was silent.

The earthquake that was predicted did not take place. This is a mistake on our part. We sincerely apologize, – said the Meteorological Agency of Japan. However, many have received warnings were extremely scared.

When I saw the screen Yurekuru, I was prepared to die, ” tweeted one received the warning.

Good thing it was a mistake, but it scared the hell out of me, ” wrote another misinformed resident of Tokyo.