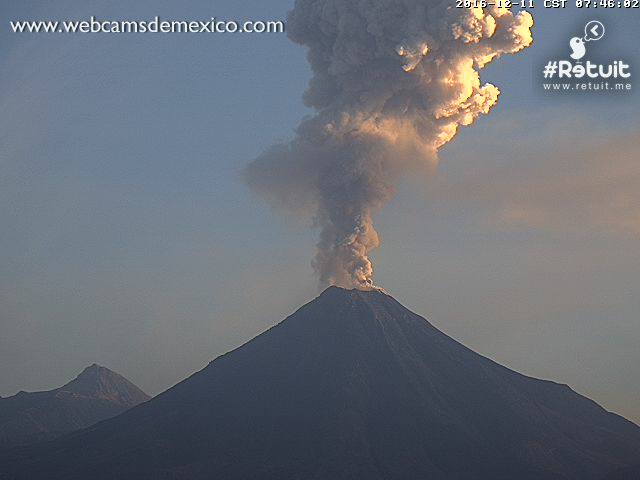 The activity of Colima volcano increases, in particular, the explosions became more frequent and more powerful.

While the active lava flow continues to creep down the southern flank of the mountain along with hot stones, growing lava dome on the giant. The volcanic explosions of the type occur on average 1-3 per hour, generating ash plumes and ash that rise up to about 3 thousand meters.

About 350 local residents living around the volcano in the localities of La Yerbabuena and La Becerrita, were evacuated to the neighboring village at the end of September.