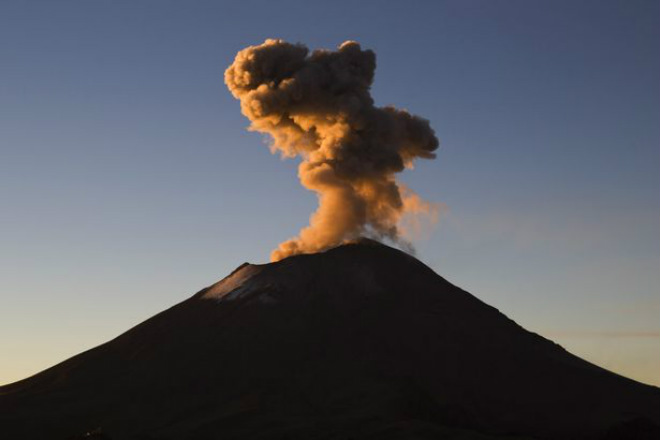 The eruption of the Popocatepetl volcano caused 3-magnitude earthquake. This was stated by the national center for the Mexico’s disaster prevention (CENAPRED).

The earthquake occurred Tuesday at 01:11 local time. The epicenter of the seismic activity was located in the southeastern part of the volcano. According to the national center for disaster prevention, popocatépetl is showing increased activity since last Monday. Since then there have been 366 recorded earthquakes.

Popocatépetl is located about 70 km Southeast of Mexico city. In March CENAPRED increased the alert level of danger in connection with the rampage of the giant up to the second degree of the three. Nearby residents should be ready to evacuate.