Increased activity of the volcano Turrialba 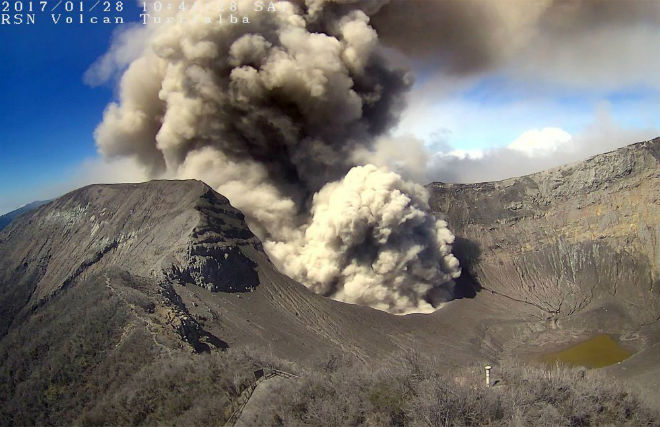 The Turrialba volcano increased its activity again over the weekend with emissions of steam, gas and ash, according to local volcanologists.

Activity at the volcano, located in the Cartago province, about 70 km North-East of San Jose, remained at a low level in the last three weeks, mostly recorded tremors of low intensity. A regular column of ash and steam rose above the giant nearly 500 meters (above the crater) on 27 January, along with that recorded an increase in volcanic tremors.

Volcanological and seismological Observatory of Costa Rica reported a strong explosion that occurred at 10:30 on Saturday local time. On Sunday, another explosion occurred at the volcano at 8:46. 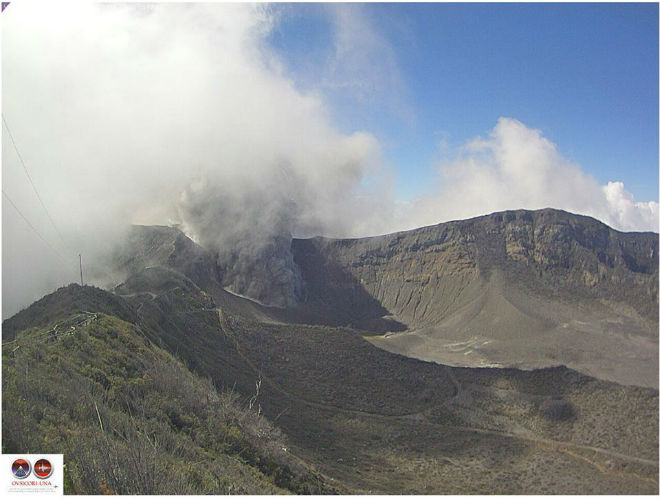 Turrialba has entered the active phase in October 2014 and since then has produced numerous explosions with ash emissions and gas. The experts noted that they found the stones up to 2 meters in diameter in the vicinity of the crater of the restless mountain. In September 2016, the volcano began a new eruptive cycle, which generates columns of ash up to 4,000 metres in height above the crater.

Strong winds carried ash into the area North-West from the crater of Turrialba. Palapala made up of different communities in the Central valley, mainly to the North and East of San Jose. On victims and significant damage as a result of pelopidas information has been received.

Access to the National Park Turrialba is currently closed and maintained a security perimeter within a radius of two kilometers around the crater of the volcano. However, Park Rangers reported that a group of tourists visit the restricted area to monitor the explosions.