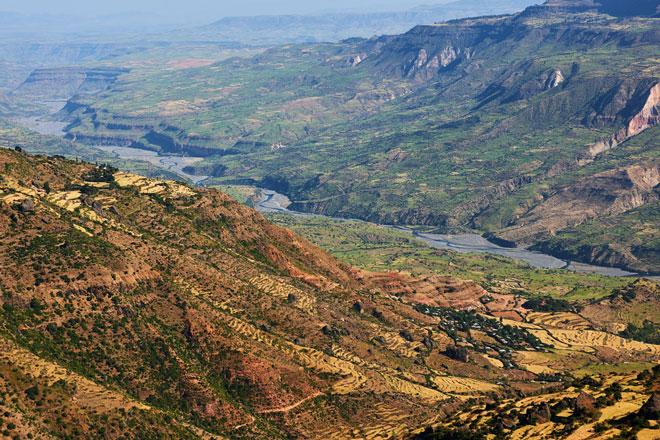 The eruption substantially altered the landscape and the environment in the East African rift valley in the period from 320 thousand to 170 thousand years ago. And now the region is again observed volcanic activity. The rise of magma caused by expansion and thinning of the cortex of the volcano, which in turn is due to the movement of tectonic plates.

William Hutchinson from Oxford University (UK) said: “the Ethiopian rift valley — a place the long annals of human coexistence with volcanoes on Earth. However, current knowledge about the strength and the time of major explosive events in the region is extremely scarce. Detailed information on the volcanism is significant for understanding the paleoenvironmental, which was inhabited by our human ancestors. And also a important evaluation of volcanic hazards, which can be 10 million people who now live in this active rift zone”.

The researchers were able to reconstruct the history of volcanic eruptions segment length of 200 km, a Period of explosive volcanism, which lasted 150 thousand years, was discovered by scientists who studied the chemicals of the rock and conducted radiocarbon analysis.
The expert described how volcanic activity caused huge changes to the human race and landscape.

“At least four different volcano experienced a major eruption, forming a Caldera, and the volcanic flows was 5 times higher than the average rate of eruption in the last 700 thousand years.”