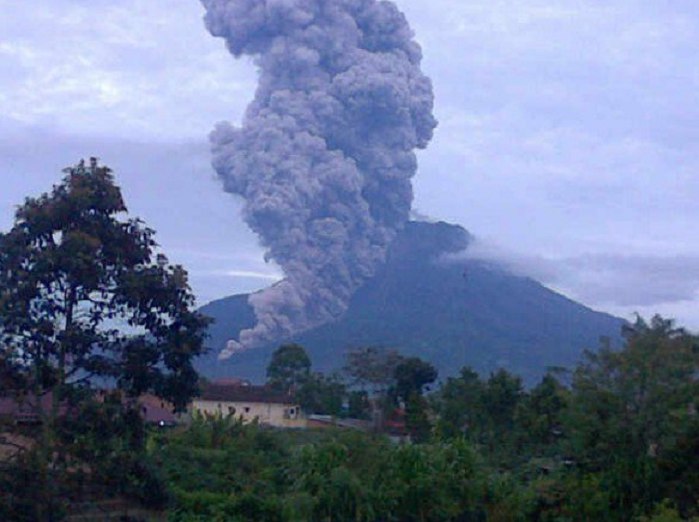 Authorities are stepping up security on the slopes of an erupting volcano Sinabung in Northern Sumatra in Indonesia in connection with its new revitalization, said the official representative of the National Directorate on liquidation of consequences of natural disasters (BNPB), Sutopo Purvo Nugroho.

Volcanic activity Sinabung shows a sharp rise — quoted Thursday lifeguard national news Agency Antara. According to him, is only the first half of the last Wednesday of the crater mountains of fire occurred on 19 emissions of hot volcanic ash to a distance of 3.5 kilometers from the crater and 137 outflows of lava, advancing in some areas up to a kilometer.

Of particular concern volcanologists causes the formation above the crater powerful dome erupted lava volume which has already exceeded 2.6 million cubic meters. According to experts, the dome is unstable, and its collapse may lead to powerful emission of pyroclastic flows.

The Sinabung volcano with a height of 2.46 kilometres, located near the provincial capital of North Sumatra, Medan, woke up again on 15 September 2013 after a three year break, forcing them to leave their homes more than 15 thousand people. In early 2014, when its next eruption killed 16 people.

In may this year, pyroclastic flows resulted in the deaths of seven people. Indonesian authorities raised the alert level on the volcano to the fourth and highest level and entered the restricted area within a radius of 4-7 kilometers (depending on the extent of the threat in this direction) from the crater. Residents located in the nine villages evacuated, and roads in the area are closed for movement. According to the latest data, the number of evacuees placed in temporary shelters, more than 9,3 thousand.