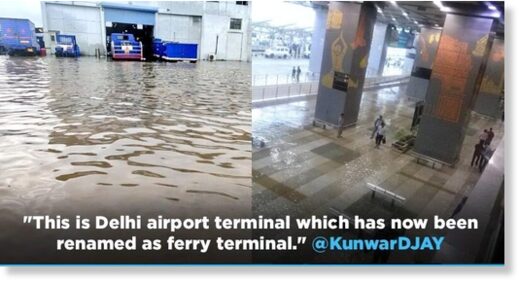 Sources said five flights were diverted from the airport in the morning due to bad weather conditions.