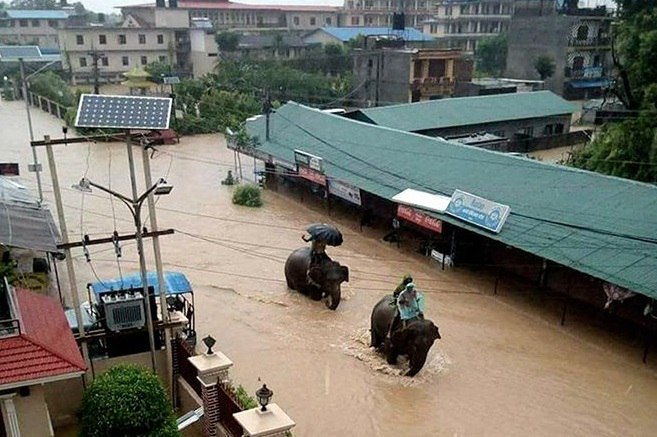 The number of victims of the rainy season in southern Asia has risen to 2,795 since the beginning of June.

More than 33 million people were affected by the floods in 25 states, more than 4.6 million hectares of agricultural land was flooded. 293 773 houses were destroyed or significantly damaged, another 786 786 houses were partially damaged. Floods in August in India became the strongest in 10 years.

In Nepal, victims of floods and landslides in this rainy season were 222 people, 115 people were injured, 52 people are missing. Suffered 1.7 million people. A little more than 65 thousand houses were destroyed.

In Pakistan, from the beginning of June, 172 people became victims of monsoon rains, another 167 were wounded. Most of the deaths were due to electric shock during floods. Despite the large number of deaths, serious floods and destruction have bypassed the country side.