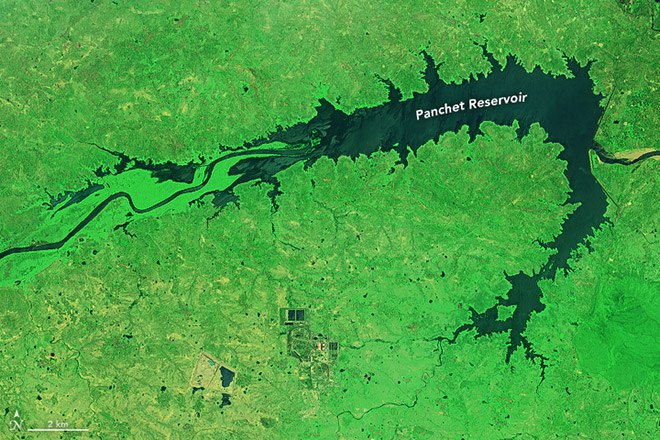 From the beginning of June in India are increasingly gaining momentum, the long-awaited monsoon rains. For many Indians, they began the rescue: after three seasons of monsoons in the country has come a severe drought.

According to experts, 330 million people in India suffered from lack of water. Together on 9 June, the volume of water in the 91 largest reservoir in India, less than 16 per cent of the usual number, according to the Central water Commission.

When compared with June last year, with 58 percent of the available water and about 79 percent on average for 10 years. The intense heat kept in the States of Uttarakhand (water reserves decreased by 77 percent in comparison with year 2015), Tamil Nadu (69 per cent) and Maharashtra (67 per cent). 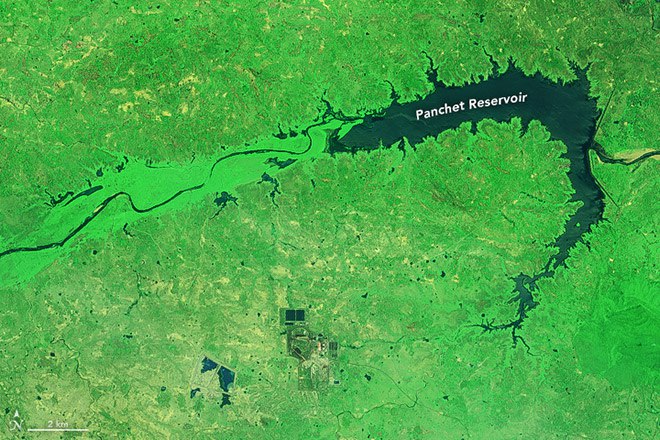 The images captured by the satellite Landsat 8, you can see the difference in water storage in June last year and the present.

Among all the waters of India, the water level in Panchet hill in Jharkhand was the lowest in the last 10 years. In the first week of 2016, the supply of water in it was only 4 percent. On average, in June the volume of water in it reaches 40 percent.

In Mumbai the water supply was only 25 days. The water level in some reservoirs, including the Upper TAPI in Maharashtra, Kabini in Karnataka and Solar in Tamil Naudas can not even be called low. They registered as empty.