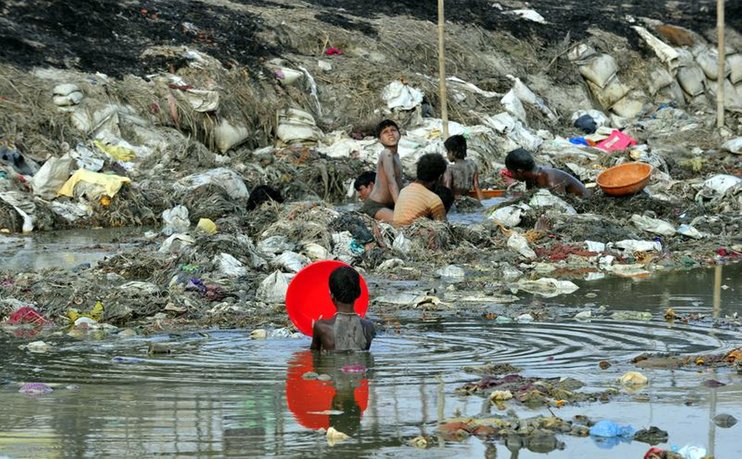 At the beginning of 2019, in another Indian metropolis – the ten millionth Chennai – the water ran out. The capital of the southern state of Tamil Nadu is almost entirely dependent on monsoon rains, because thanks to them, the city’s water reservoirs are filled. This year, the rainy season was delayed and was as short as ever.

Chennai is far from the only arid metropolis of India. Large cities such as Mumbai, Bangalore and Hyderabad regularly experience water shortages. Rural communities in the country also suffer from severe water shortages. Their well-being depends entirely on the crop yield, and the main reason for the suicides of farmers in the agricultural states, according to statistics, is the loss of access to water sources. Water shortages, according to economists, have an extremely negative impact on industry, and are holding back the growth rate of the entire economy.

In the past two decades, desalination has been the main solution to the problem of water scarcity in Israel. The limited natural sources of water in the Jewish state dried up almost completely in the early 2000s, resulting in severe water shortages. In this regard, the Israeli government took several extraordinary steps: from 2003 to 2015. Five new desalination plants were built in the Mediterranean. All of them are connected to the national water supply system today, as a result of which more than 50% of the water consumed in Israel for all purposes and more than 75% of drinking water are desalinated water from the Mediterranean Sea, notes The National Interest.

Prime Minister Narendra Modi set himself the ambitious goal of providing all households with tap water by 2024. To implement this project, the Modi government decided, first, to combine the four ministries involved in water resources management into one super-ministry called Jal Shakti (water energy), in order to reduce bureaucratic delays and optimize government efforts.

The National Institute for Transformation of India has also launched a composite water management index and an integrated system for tracking water levels. In addition, Modi has appointed some two hundred and fifty government representatives in water-scarce rural communities in India to oversee local reforms.

Solving the problem of water scarcity certainly requires a coordinated effort by the government, private business and consumers. However, desalination cannot be successful for piped water supply without improving the situation with rational use of water and solving the problem of energy intensity of the process.

Israel also provides a great example of wastewater recycling. Almost 90% of its wastewater is treated and reused, mainly for agricultural purposes. Given the importance and continuous development of wastewater treatment and irrigation technologies in the Israeli water market, the growing added value of water-technical solutions is of great importance in preventing a new large-scale water crisis.

In India, farmers’ lives affect election results, stock market indicators and the economy as a whole. The lack of monsoon affects the harvest, pushing small farmers into debt and suicide. Introducing simple drip irrigation can save the lives of hundreds of thousands of people.

Today, only 30% of wastewater is recycled in India, but the Modi government has set a target to significantly increase this figure in the coming years. Sectors such as energy, textiles, dyeing plants, tanneries and oil refineries have enormous potential for wastewater treatment and reuse.

Industrial enterprises can reduce freshwater consumption by recycling wastewater, thereby easing the burden on municipalities. The latter benefit from the sale of treated wastewater to industrial enterprises, as the funds received help to offset capital costs. Traditional sources of drinking water, such as rivers and lakes, can be saved from pollution, as wastewater will be discharged after proper treatment.

Rivers flow across international and administrative borders, and this leads to cross-border disputes in Israel and domestic in India.

Conflicts over access to water and water rights have characterized relations between Israel and its neighbors over the years, as water availability is constantly decreasing in the region. While water distribution is a central source of disagreement and tension, negotiations aimed at finding solutions to these issues also play a decisive role in regional cooperation and conflict containment. In recent years, regional cooperation in this area has set Israel, Jordan and the Palestinian Authority at the negotiating table.

Water scarcity and dependence on several sources constantly lead to conflicts between regions and states within India. Proposals for connecting rivers have not yet led to any specific actions. Given this, water technology can act as a catalyst for the world.

Indian leaders express interest in partnering with Israel on the water issue. Yogi Adityanat from Uttar Pradesh recently stated that “Israeli aid can increase water availability in the Bundelkhand region, since both have similar geographic and climatic conditions.” Chief Minister of the southern state of Andhra Pradesh Jagan Mohan Reddy recently visited a desalination plant in Hadera. Today Day Israel participates in 32 water projects in thirteen states of India.