India was hit by a sand storm 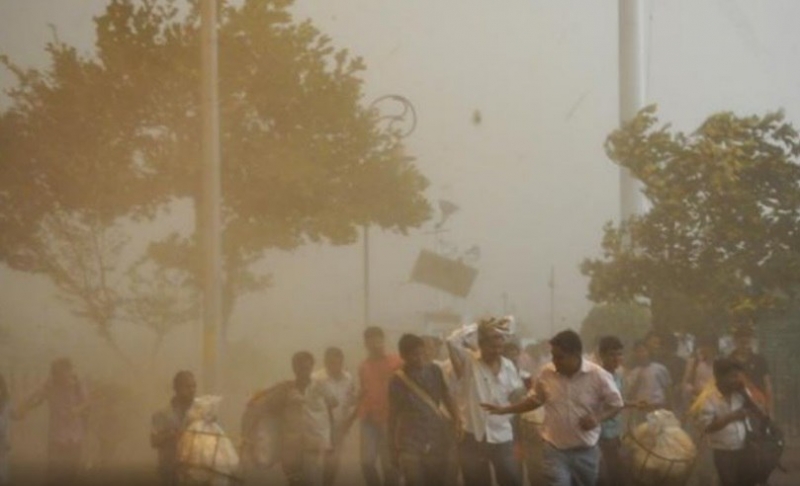 Nine people died as a result of a sandstorm that hit the Northern Indian state of Uttar Pradesh. This was announced on Tuesday state police.

A strong wind carrying sand particles from the Thar desert, felled trees, supports of power lines and billboards. In particular, was a huge fallen tree in the world the famous mausoleum Taj Mahal in Agra. The elements raged on for 12 hours.

After a sandstorm in the state went strong rains. According to local authorities, as a result of a natural disaster destroyed at least 70% of the next harvest of mango in the region and half of grain plantings in the state.