India was struck by a powerful showers 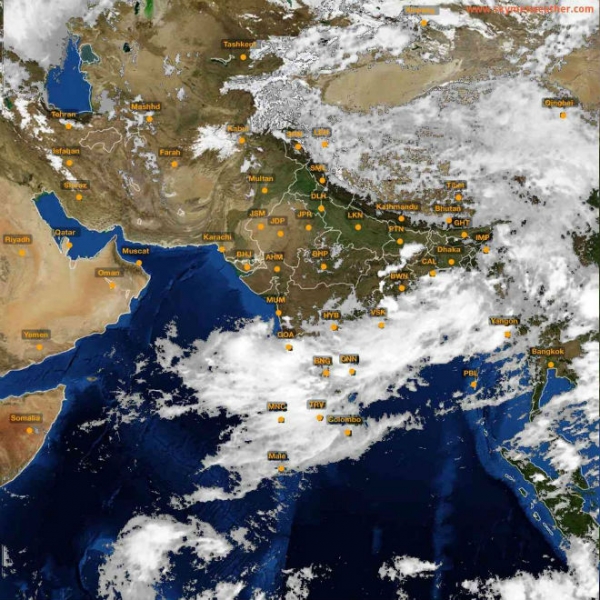 In India 8 June officially started the rainy season. South-West monsoon has covered most parts of the southern part of the country, particularly the States of Tamil Nadu, Kerala and Karnataka. Heavy rains already led to one death, due to a landslide in Idukki district of Kerala.

According to SkymetWeather, in Kerala and coastal areas of Karnataka in the last 24 hours have been powerful showers. So, on the Alleppey collapsed 150,8 mm of precipitation, in Punalūr fell 125 mm of rain, Kottayam — 80 mm, Kannur — 72,6 mm in Trivandrum — 71,8 mm and Kollam is 66 mm.

Intense rains were caused by the combination of two cyclonic systems. One circulates in the Arabian sea close to the coastal districts of Karnataka, and the second is off the coast of Andhra Pradesh. A “tandem”, according to experts, has caused a surge of showers over the region. This year, the monsoon season in India has begun seven days later than usual.