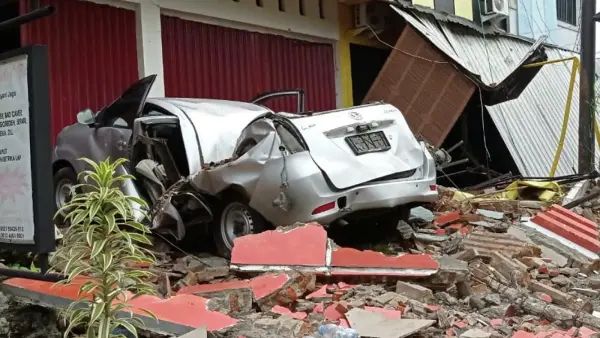 An earthquake destroyed a hospital in Indonesia, Agence France-Presse reports with reference to the rescue service.

Doctors and patients remained under the rubble, only about ten people, a rescue operation is underway.

On the eve of the country there were two powerful earthquakes of magnitude 5.7 and 6.2. The epicenter of the second was located near the city of Mamuju on the island of Sulawesi. According to the latest data, 26 people died there, several hundred were injured.

The head of the Indonesian Agency for Meteorology and Geophysics, Dvikorita Karnawati, said that at least 26 aftershocks were recorded. He warned of the danger of a tsunami in the event of another more powerful earthquake.