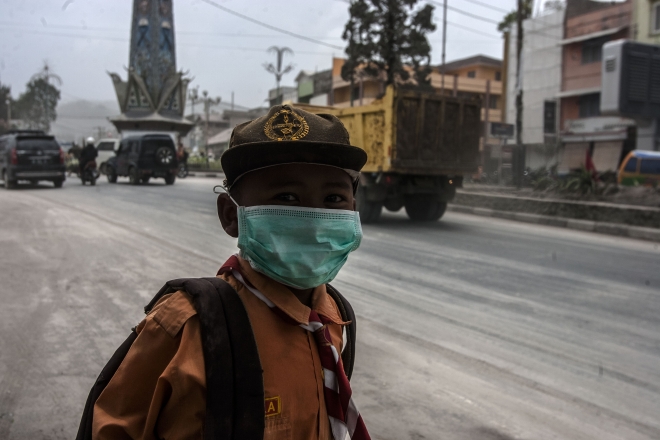 In the Indonesian province of North Sulawesi intensified volcanoes, reports TASS. In some areas of the province there is a regime of high risk. The area within a 1.5 km radius from the volcano Lokon closed to the public. Active volcano near the capital of North Sulawesi, Manado.

Less than a week after 10 of thousands of Indonesians expelled from the house Sumatran volcano Sinabung. Giant spitting jets of smoke and hot volcanic substances with a height of 3500 meters.

The Indonesian archipelago consisting of 18 thousand Islands situated on the Pacific ring of fire — region at the junction of oceanic and continental plates. For this reason, volcanic and seismic events occur in the region 5-6 times a day.

In Indonesia located more than 500 volcanoes. Active of them — 129. Most frequently erupting volcano Merapi on Java island and the tallest at the Bali Agung. At risk live 92% of the population.