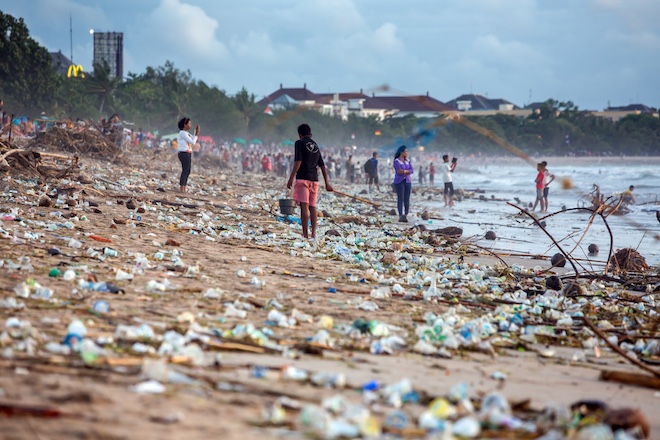 Last week, more than 40 tons of garbage was collected every day around the island chain off the coast of Jakarta. Indonesian authorities sent special squads and boats to help residents clear the coastlines and surrounding waters.

Indonesia is the world’s second largest producer of marine litter after China – about 1.29 million metric tons of waste per year.

The cleaning operation was focused on a popular tourist area known as the Thousand Islands. Residents of one island reported dead turtles in the area, although Yusin Hardiman, head of the environment department, said that it was unclear whether their death was related to garbage.

Recently, a sperm whale was found on the coast of the island of Sulawesi, in the stomach of which there were 115 plastic glasses and 25 bags. The problem of marine waste in Indonesia has become so serious that officials last year declared an emergency after Bali’s coast was littered with garbage.

About 264 sanitation officers are involved in the ongoing cleanup of the Thousands of Islands, while 13 ships regularly patrol the littered areas of the archipelago. According to Hardiman, most of the garbage in the area of ​​the islands can happen from anywhere: waste brings into the ocean spilled rivers and wobbling currents in the monsoon season.

Indonesia, an archipelago of more than 17,000 islands, promised to reduce marine plastic waste by 70% by 2025. But poor recycling infrastructure and low awareness among its 260 million inhabitants are serious obstacles.