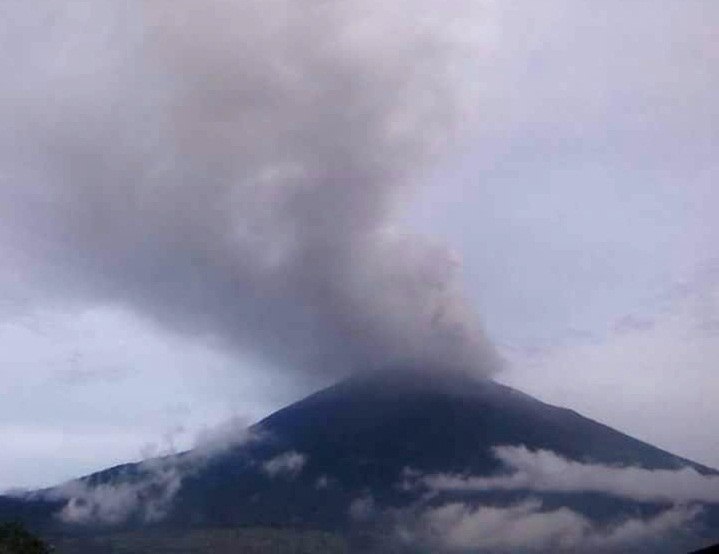 From 15 November the mount Kerintji, located on the island of Sumatra ( Indonesia), emitting gas and particles of volcanic ash. Gas and ash ejected to a height of 500-600 m above the crater and dispersed in a North-westerly direction.

In connection with the intensification of the volcano Kerintji local Agency for disaster prevention has imposed a ban on approaching the volcano in a radius of up to 3 km Prohibited agricultural and other work near the mountains.

Kerintji is the highest peak in Sumatra and highest volcano in Indonesia, with a height of 3800 meters. The volcano is located about 130 km South of Padang city.A strong eruption occurred in 2004 and 2009. The last eruption was on June 2, 2013 8:43 am local time. The height of ash emissions reached 800 meters. Half an hour after the eruption, several villages in the district of Gunung was covered with a thick layer of black ash.