“Inverted waterfall” was seen in the Faroe Islands 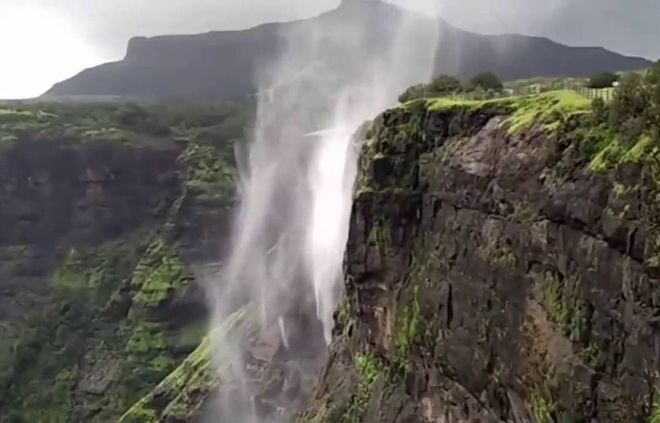 On the island of Suvura in the southern part of the Faroe Islands, local residents recently observed an interesting weather phenomenon called “inverted waterfall,” Huffpost reports.

An impressive whirlwind of spray quickly climbed the steep rocky slope of the Beinisword cliff 470 meters high.This phenomenon is formed when a whirlwind of strong wind picks up coastal water, which, splashing, rises up the cliff and splashes up to a hill.

According to weather experts from Met Office, an “inverted waterfall” is formed due to the fact that near a high and steep cliffs a spiral column of air rotates, which moves like a tornado. The edge of the cliff helps to rotate the wind stronger, and a funnel of wind and water is formed quite quickly.

At the time of the formation of an unusual waterfall, a thunderstorm was gathering in the sky, the sea was stormy. The weather in this area of ​​the island of Suvura is unstable due to heavy rains and gusty gale-force winds – all the components together help to form a mysterious phenomenon of rising water.

Reverse waterfalls also happen when strong gusts of wind blow into a regular waterfall, causing a stream of water to spray upward. 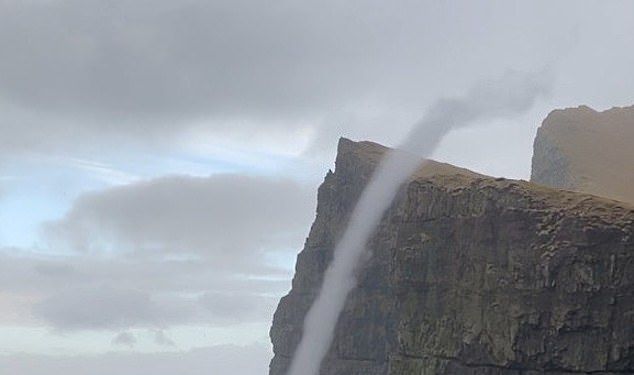 Such phenomena have been seen in the English county of Derbyshire, in the cliffs of Moher on the west coast of Ireland, in the windy mountainous regions of Iceland and at the Waipuhia Falls in Oahu, Hawaii.