Iran and Iraq calculate the damage from a powerful earthquake 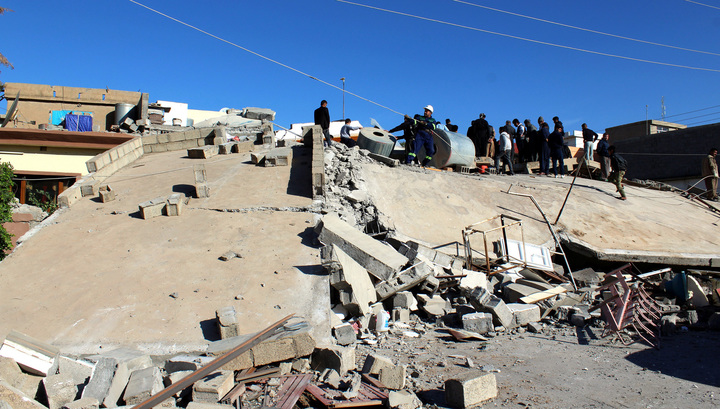 The largest earthquake occurred on the border between Iran and Iraq. The number of victims of the earthquake in Iran increased to 355 people, 5,346 people were injured. These data were confirmed in the Rescue and Emergency Service of Iran. The governor of the Iranian province of Kermanshah declared a three-day mourning for the dead. An earthquake with a magnitude of more than 7 was recorded on the Iran-Iraq border on Sunday evening, November 12.

“Suddenly, the dishes came from the table, it was very scary.” The chandelier began to stagger, we got very frightened, ran out of the house very quickly, were afraid of collapse, “eyewitnesses say.

Perhaps this is what saved life: many buildings soon turned into a pile of debris. Hospitals are overcrowded with those who are less fortunate.

– I was just thrown out of the balcony. Very much shook!

– The window shattered to smithereens, the splinters flew at me, stuck in my hand and in my face.

The magnitude of the earthquake was 7.3. The epicenter of the tremors was thirty kilometers to the north of the Iranian city of Sarpol-e-Zahab and 100 kilometers south-east of the city of Sulaymaniyah, Iraq. In Iran, 14 aftershocks were recorded after the earthquake. The largest destruction in the provinces of Kermanshah and Ilam. The tremors were so strong that they were felt by the people of Kuwait, the UAE, Turkey, Israel and other states. Of these, Iraq suffered most.

Images from Erbil, the evacuation of students from the hostel. People say: they were panic-stricken.

“All the students were at the beginning of the disaster inside the building. We were very afraid of collapse. The building was shaking like a house of cards. Some of my friends lost consciousness. We were evacuated and taken outside the danger zone. Very scary!

And the leader of the Iraqi television channel was forced to interrupt the direct inclusion: the studio was shaking too much.

In the mountainous areas of Iran, the road was filled with stone blocks the size of a house. They are now being cleaned by special equipment, try to catch it as soon as possible, otherwise rescuers will simply not be able to get to the affected areas. And the situation in the next few hours can change for the worse – seismologists do not rule out repeated jolts.