Islands in the ocean is getting smaller 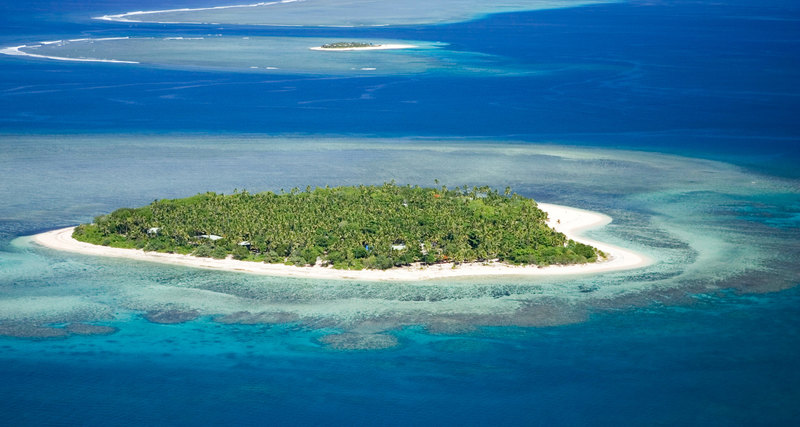 All is to blame for global warming. Australian scientists found that over the past 20 years, Micronesia missed eight islands: they disappeared under ocean waves.

The level of the world’s ocean rises an average of 3 mm per year, faster – in the western regions of the Pacific Ocean, where a combination of winds and currents adds water. Since the early 90’s, water in the Western Pacific has risen by 12 mm per year. In 2016, geographers from Queensland discovered the loss of the five islands of the Solomon archipelago, and this year Patrick Nunn, a professor at the University of Sunshine Coast, discovered that the islands are disappearing in Micronesia. And those that have not yet disappeared under water are becoming smaller.

Local residents told the researchers about how the islands of Kepidau, Peleng and Nalapenlod disappeared. They were not so small: at the last in 1850 there was a great battle between clans of natives. Analysis of satellite images showed that in the period from 2007 to 2014, ceased to appear over the water six more islands, each covering an area of ​​about 100 square meters. The ocean covers that part of the island that consists of solid rocks, sedimentation sediments eroded by water, and as a result, instead of the island, there is stranded in the ocean, explains Nunn.

But not all small, low-raised islands above the ocean are threatened with erosion and flooding. Specialists have found out that, for example, the famous island of Pohnpei, with its megaliths, has not so far blown and flooded its mangrove trees, the roots of which protect the island from shock waves and erosion. Some small atolls are saved by bays and lagoons – parts of the coastline, successfully pogoshchayuschimi energy of the tide and naplagayutsya sedimentary rocks.

Small islands, lost in the Pacific Ocean – the first objects that go under the water because of climate change. Over time, such objects will become larger. It is important now to learn how to protect yourself from the advancing ocean, says Nunn.