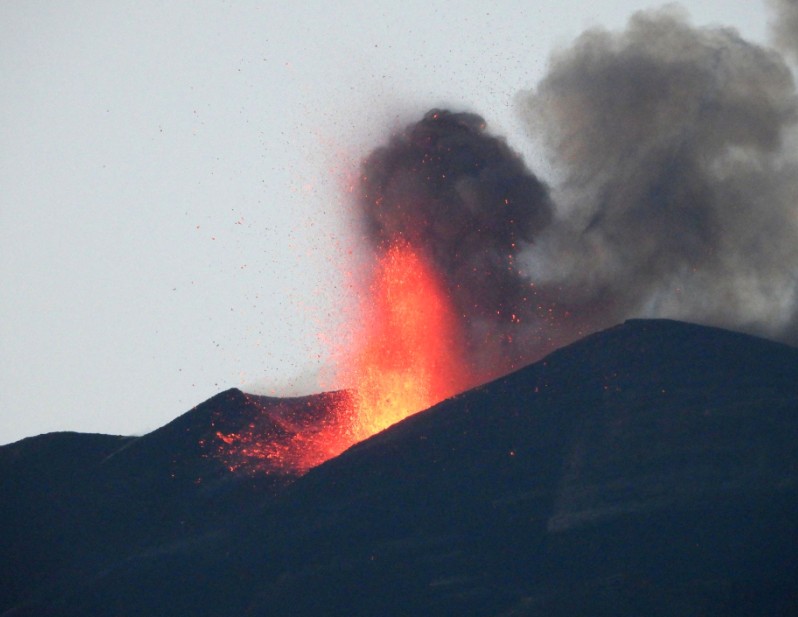 Three powerful lava fountains erupted at the volcano Etna, creating an eruption of incandescent material up to 7.6 km above sea level. The aviation color code was raised to red.

The first episode began at 22:20 UTC on May 25 and lasted nearly 60 minutes. It was followed by another at approximately 08:18 UTC and another at 10:32 UTC, which continues at the time of publication to be the 5th paroxysmal eruption episode on Etna since May 20 and the 23rd since February 16.

According to the predictive model, the eruptive cloud produced by this activity scattered east and south, rising up to 7.6 km above sea level.