Italy has reported about injured with an earthquake 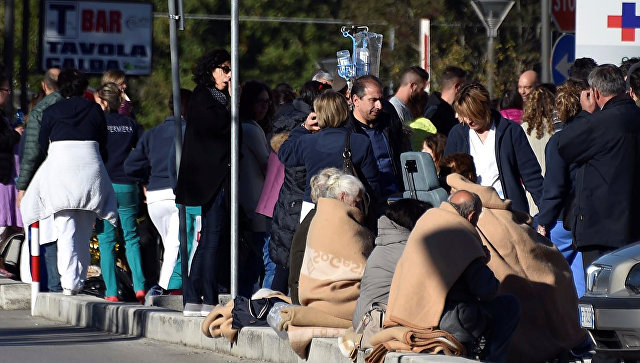 As a result of an earthquake in the central Italy which magnitude according to the specified data has made 6,5 points in various settlements there are victims, but there are no victims, the head of national service of the Civil Defence (CD) Fabrizio Curco has reported.

According to him, the staff of service GO, representatives of law enforcement agencies and medical institutions are engaged in check of all fallen buildings and assistance to wounded now.

According to the specified data of National institute of geophysics and volcanology (Ingv), the earthquake measuring 6,5 has occurred at 07:41 (09:41 Moscow time), his epicenter was between near city of Norcha. He within 20 minutes was followed by two tremors measuring 4,6 and 4,1. Fluctuations of the land surface were clearly felt across all Italy, including in Rome and other large cities of the central Italy.

Information on destructions arrives from those regions of the central Italy, first of all, from areas to Brand and Umbria where on October 26 there was an earthquake measuring 5,9.

From sources in national service GO journalists knew, in particular, that in the city of Tolentino three persons have been taken from under ruins of the residential building destroyed by an earthquake, but, apparently, these people have got off only with slight injuries and contusions.