Italy has suffered from frost and snow 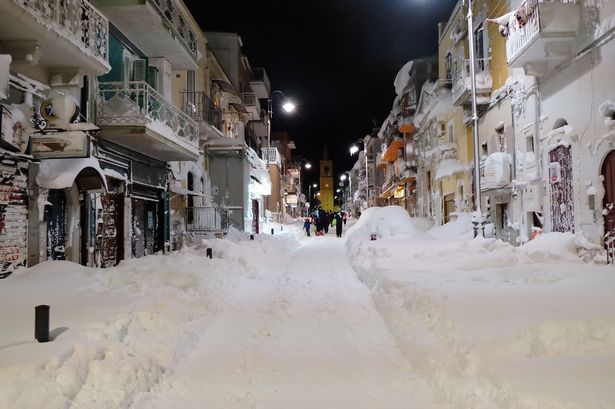 Eastern regions of Italy have suffered from the snow and cold weather. From heavy snowfalls in the East of Italy suffered from Abruzzo, Marche and Puglia. In the regions a state of emergency.

On the streets of settlements in clearing snow from the engaged army troops. In Abruzzo without power supply there were 300 thousand people. Currently, power companies have managed to reduce this figure to 87 thousand.

In Pescara after the start of the rise of the water level in the river, marked by the flooding. Abruzzo: Urbino, region Marche in the Marche, Abruzzo and worsened the situation in settlements affected by strong earthquakes.

In Amatrice, the roof collapsed temporary medical facility. Victims of cold weather in Apulia and Sicily were 2 people, one person died after falling from a boat into the icy water