Italy: in Rome they had to rescue children from a flooded kindergarten 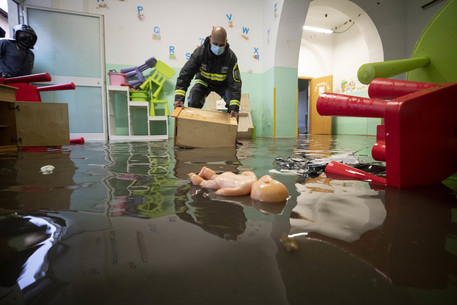 Italian firefighters rescued 40 children after their kindergarten was flooded due to heavy rain in Rome.

The children were taken to a nearby hotel where their parents picked them up. The school is on Via Castelnuovo di Porto, near the Milvia Bridge in the center of the Italian capital.

The fire brigade responded to more than 50 calls about flooding in Rome. Corso Francia, near the bridge, has become a “full-fledged river” because of thunderstorms that have hit Rome and much of the country over the past three days.