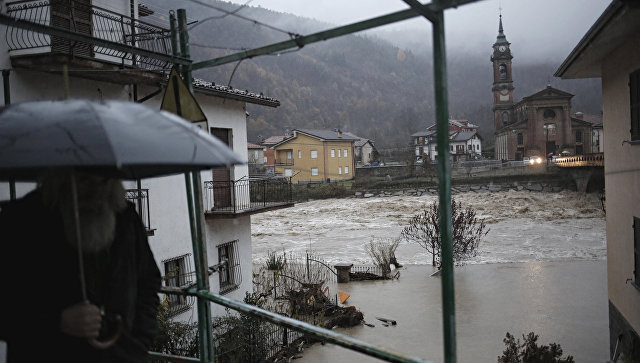 Heat and drought, established in Italy, in the fall can be replaced by downpours and floods, said Professor of Physical Geography and Geomorphology of the Roman University of La Sapienza Lina Davoli.

The strongest heat was established in the Apennines from the very beginning of summer. Climatologists note that last June became the hottest in the almost 200-year history of meteorological observations, except for the anomalously high temperatures of June 2003. In July, temperatures in many parts of central and southern Italy came close to historic highs, which led to severe forest fires and a sharp shallowing of a number of water bodies.

“The summer heat in Italy is a normal phenomenon, now the problem is that the high temperatures and the lack of rain this year did not begin in July, as usual, but two months earlier.” The anomaly was exactly the duration of this period, which affected both summer , And spring, “- said the expert.

“In the short term, this leads to a drop in the level of water bodies, for example, Lake Bracciano, where fresh water comes from, that is, surface waters that are fed by rain.” The Poe falls in the north and Tiber, which is also important for water supply in Rome “There is less influence on the groundwaters: in order for these reserves to run out, it takes a little longer,” the professor said.

On Friday, the City Hall of Rome, the management of the company Acea, which is involved in the city’s water supply, and the authorities of the capital region of Lazio, after a week of negotiations, managed to avoid the ban on taking water from Lake Bracciano. This unprecedented decision was to take effect on Monday, as a result of about one and a half million Roman residents could start receiving water for 8 hours a day.

In the light of measures to prevent water scarcity, the expert recalled the gradual reduction of the fence from Bracciano, whose level fell by one meter, and the more active use of the 90-kilometer Peschiera-Capore water pipeline, which already provides up to 70% of the Eternal City’s needs for fresh water.

“The rains that are expected to occur at the end of the summer will be particularly strong and intense.The current high temperatures warm up the waters of the Mediterranean Sea, which will give rise to cyclones with hot and humid air and weather deterioration in late summer, September and October. A series of disasters, because downpours falling on arid areas of the terrain lead to erosion of soils and, as a result, floods and floods, “Davoli said.

In her opinion, climate change is cyclical, but partly due to anthropogenic factors. As an example, she led the forests burning in Italy: several people were arrested on suspicion of arson of some of them. Forest fires, concluded Davoli, also contribute to the greenhouse effect and thereby exacerbate a number of factors affecting the current weather. Nevertheless, the scientist-geologist believes, the situation with drought in Italy is not yet critical.