Italy shudders from many earthquakes 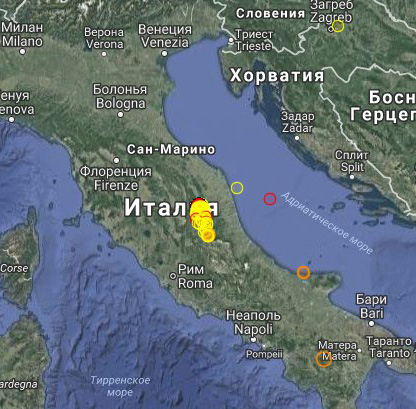 Enhanced seismic “swarm” in the municipality of Campotosto in the Italian region of Lombardy to the border with Lazio.

On the evening of 6 December increased the number of tremors in the area where the earthquake “dance” last week after a strong samozasiti that have recently rocked the Central Apennines.

This is one of the most dangerous fault lines in Italy. Fear as a result of aftershocks from local residents appears because of the historical dangers of the area who can generate the most destructive earthquakes in the country.

Tuesday was a lot of turmoil, the strongest quake was a magnitude of 2.9 at 22:31 local time, after it recorded a 2.7 magnitude jolt an hour later. Before it was registered an earthquake of magnitude 2.8 and 3.0, as well as weaker oscillations in a large number within 48 hours. Local residents felt the earthquake.