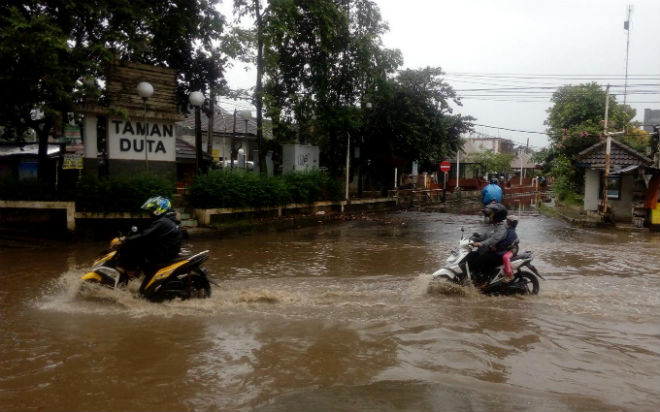 A heavy rain on Wednesday morning caused a flood in the Indonesian capital. In places the water level reached 40 cm.

The traffic in Jakarta was practically paralyzed. The local river came out of the coast, flooding many roads. Cars moved through the streets at a speed of about 10 km / h.

The rainy season in Indonesia lasts from October to the end of March. Floods caused by heavy rainfall, lead to numerous victims.