Japan is facing the eruption of the volcano Sakurajima 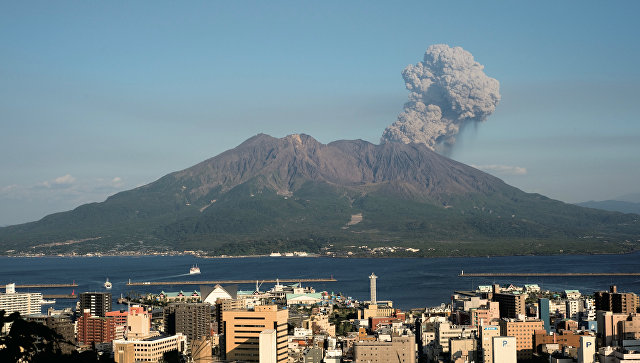 The Sakurajima volcano is ready for a new eruption, and when it happens, it will destroy the city of Tokyo, which was severely damaged during the most recent eruption occurred in 1914.

Sakurajima the last eruption occurred in 1914 and according to scientists a new eruption will occur in the next 20 years. The authorities of Kagoshima city has prepared a plan for the evacuation of residents in case of a sudden eruption.

The Sakurajima volcano, one of the most dangerous in Japan. It is located on the island of Kyushu. Above the volcano are ash clouds emitted from the crater of this giant. In 1914, when the eruption began, lava flows, ash, smoke, and ash fell on Kagoshima and destroyed dozens of lives. As a result of the eruption, the island of Osumi, where is the volcano, became a Peninsula..

According to the data obtained from satellites, geologists have revealed the presence of deformation in the structure of the magma chamber, which means she actively filled with magma. The height of the cone of the volcano above sea level sharply increased, which indicates the readiness of the volcano to do a major eruption.

The findings suggest that a very powerful eruption of Sakurajima volcano will happen in the next 20 years. In this regard, the scientists urged the Japanese authorities to be prepared for catastrophic disasters and to take all possible measures to prepare the country and the population to this event.