Japan is threatened by landslides 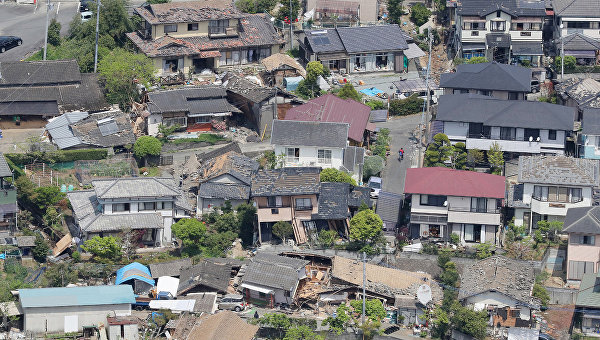 The danger of landslides identified in 92 areas of the Japanese Prefecture of Kumamoto on the island of Kyushu, where in mid-April, a series of devastating earthquakes and the residual tremors still going on.

In the prefectures of Kumamoto and Oita Prefecture in Kyushu on 14 April, a powerful earthquake with a magnitude of 6.5, and two days later it hit with even greater force when the magnitude has reached 7.3 on the Richter scale.

On Monday, according to Japanese seismologists, in Kumamoto Prefecture recorded an earthquake with a magnitude of 2.6.

The number of victims from earthquakes and landslides in Kyushu was 49, 17 people died in evacuation points from stress and diseases aggravated. Destroyed or received damage of about 6 million homes.