Japan poured rain, is the evacuation of the population 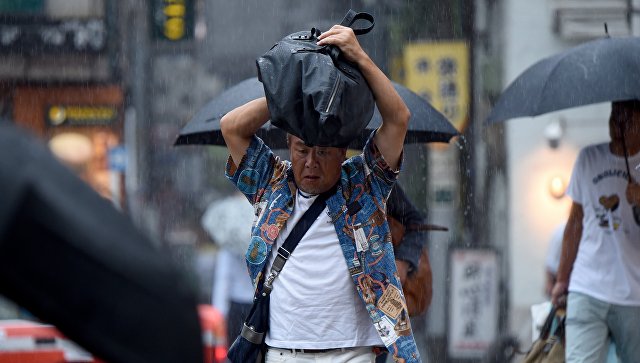 Recommendations to evacuate received 9.9 thousand people in the city of Iwaizumi in Iwate Prefecture due to heavy rains, which are expected here on the night of Friday, said local authorities.

Rains caused by low pressure area, which became Typhoon, Malou, 13-th this year in Japan, fifth in the last two weeks. The city was severely affected by the previous Typhoon Lionrock. Because of the rains overflowed the river, within minutes water flooded the first floor at the nursing home where you do not have time to evacuate nine people. The water reached the ceiling level, all were on the first floor people were killed.

All in Iwate Prefecture due to flooding caused by heavy rains killed 17 people. The total number of victims of the Typhoon in the prefectures of Iwate and Hokkaido, as of Thursday, has reached 19 people, six people are reported missing.

Authorities fear another flood in the rivers surrounding the city, and new victims. The danger and the mountain slopes as the rains could lead to landslides.