Japan stands in many kilometers of traffic jams because of snow 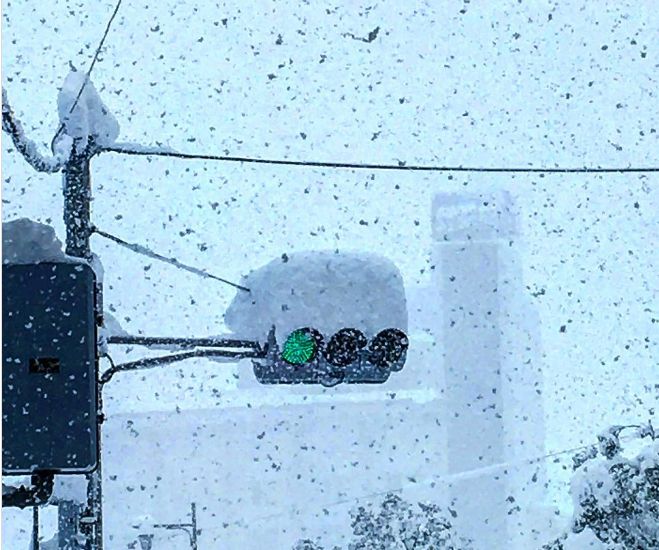 More than 1,000 cars stuck in traffic in Japan due to heavy snowfall. Traffic jam on the highway in the Prefecture, Shizouka stretched for 10 km.

This superhighway is a toll — clearing of snow was done by employees of the road, drivers were handing out food and water. The problem with the movement of traffic appeared on the road between visits with her. Snowfalls led to the fact that in several regions of the country roads had a similar situation.

A few people in different regions of Japan suffered. Tottori Prefecture for a few days had ten times the rainfall, in some areas, their level has reached 91 cm, which has not happened the last 33 years. As previously reported, in the city of Kurayoshi remained without electricity for the 1.3 thousand people — there is a break of the transmission line. The snowfall has also led to problems with movement of trains in the prefectures of Tottori, Hiroshima, Wakayama, and Okayama.