Japan was hit by Typhoon Lionrock 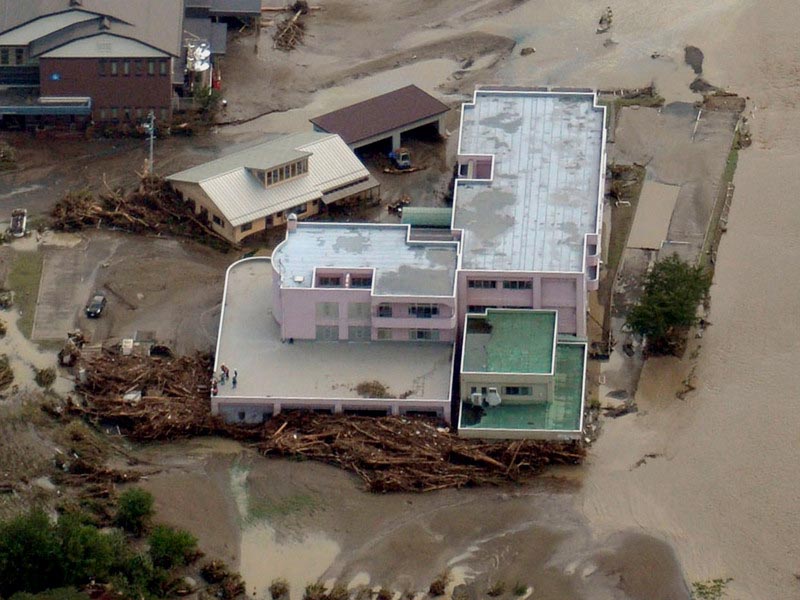 Flooding and partial breakthrough of the dams occurred in the North-East and the North of Japan due to torrential rains caused by Typhoon Lionrock.

The bodies of nine elderly people were found in a nursing home in the Japanese city of Iwaizumi (Iwate Prefecture), which became flooded due to river flooding caused by Typhoon Lionrock.

On the Northern island of Hokkaido in the village of Minamitane breakthrough of the dam on the stretch of about 100 meters. Were flooded private houses and a nursing home. Made up water and the building’s evacuation center, where the part of local residents. Currently, the Japanese firefighters and soldiers of the National defense forces carried out an operation to rescue them.

In the North-East of the main island of Honshu in the Kuji city (Iwate Prefecture) there was a spill of two rivers. According to the police in Iwate Prefecture, Kuji city was found the body of an elderly woman, which was filled with debris of one destroyed by a Typhoon houses. More than 35 million homes in the North-East and Northern Japan remain without electricity due to breakage of transmission lines.

On the eve of Typhoon Lionrock led to the cancellation of more than 110 domestic flights and activities in hundreds of schools and access to the mass evacuation of the local population.

Last week Japan was hit by another Typhoon, causing one people were killed and more than 60 injured. The recommendation to evacuate received more then half a million inhabitants. Due to heavy rains has been violated by public transport on rail and road, canceled about 400 flights.