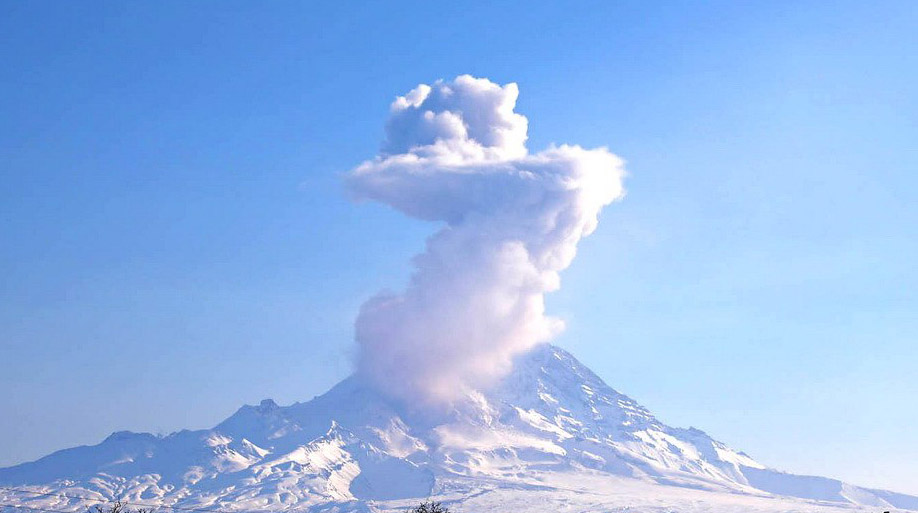 The Kambalny volcano, erupting in Kamchatka, threw a column of ash at a height of 2.5 km above sea level.

“This event took place on Tuesday at Kumbaln on Tuesday, local time, and the ash plume stretches for 160 km to the south-southeast of the volcano in the Pacific Ocean,” said the representative of the Ministry of Emergency Situations.

He stressed that there are no settlements on the way of ash plume spread, there are no ash falls in residential areas.

A few hours earlier another Kamchatka volcano – Shiveluch – threw a column of ash to a height of 6 km above sea level. There were no ash falls in the settlements then.

Volcanoes Kambalny and Shiveluch are assigned an orange hazard code for aviation, which is considered one of the most threatening. Tourist organizations are advised not to organize tours in the area of ​​these volcanoes.

The eruption of the Kambalniy volcano, which was silent for at least 250 years, located 230 km southwest of Petropavlovsk-Kamchatsky, unexpectedly began on March 25.

Kambalny is the southernmost volcano of Kamchatka. Its absolute height is 2 thousand 161 m. 10 km to the south of the volcano there is the Kambalnoe lake. At the top of the crater is an elongated form, measuring 800 by 400 m, open to the southwest, depth – 150 m. On the slopes of the volcano there are five slag cones. The volcano received its name from the first explorers, the Cossacks, who named it on the same name river Kambalnaya, and the river itself received this name in connection with the abundance of flounder in the mouth area

The height of Shiveluch is 3 thousand 283 m, the highest point of the active part is 2 thousand 800 m above sea level, the age is 60-70 thousand years. Shiveluch is the northernmost active volcano in Kamchatka, located 45 km from the village of Klyuchi in the Ust-Kamchatsky district, home to about 5 thousand people. Activity Shiweluch intensified in May 2009. As a result, the dome of the volcano erupted a cleft about 30 m deep.