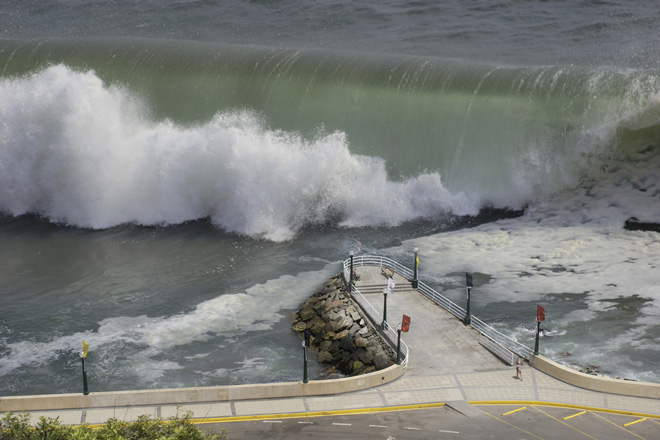 To the Kamchatka Peninsula and the Kurile Islands, a tsunami of 10-15 meters in height can crash, Siberian scientists warn. According to the map, which was made by researchers, the east of the Kurile-Kamchatka region is in the zone of high tsunami hazard. Also on the map of distribution of risk of occurrence of huge waves the coastal lines of the Japanese, Okhotsk and Black seas are put.

According to scientists, the giant tsunami attacks the eastern coast of the Kamchatka peninsula and the Kuril Islands once every two hundred years or more. And to be saved from destructive shafts is impossible. Therefore, the construction of nuclear power plants, oil and gas terminals, social infrastructure facilities (schools, kindergartens, hospitals), residential houses in the region should be prohibited.

But complete removal from the coast in Kamchatka and the Kuriles is impossible – in fact, the economic activity of the region is concentrated near the sea. Scientists say that in this case, it is necessary to qualitatively forecast the tsunami and plan for protective measures.

This year, Kamchatka participated in the exercises “Pacific Wave-2017”. The exercises are checked preparation for the collapse of the tsunami, the work of a system to alert people about giant waves and a plan of measures to prevent damage from the elements.