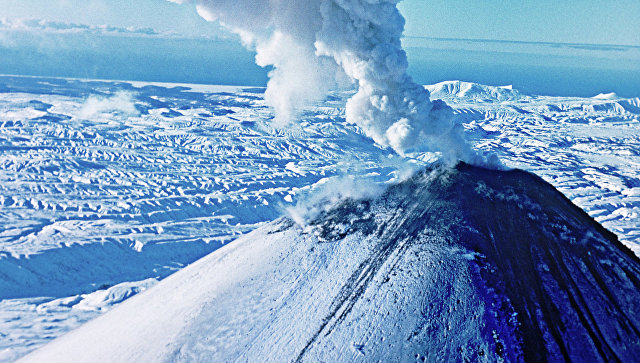 The recorded Klyuchevskoy volcano ash plume. The height of ash emissions amounted to 6000 m. the volcano is 4750 m. taking into account the wind direction ash plume has spread to 35 km in the Eastern direction towards the Kamchatka Gulf. The spread of ash plume localities no.

According to the MOE, the loss of ash in the settlements of Kamchatskiy Krai is not fixed. The nearest village of Keys Ust-Kamchatsky district, the distance is 30 km from the International route air traffic around the volcano Klyuchevskaya are not. Tourist groups in the area of the volcano is not registered.

The volcano is assigned code orange aviation hazard. Tourist organizations rescuers are advised not to organize tours around the volcano.