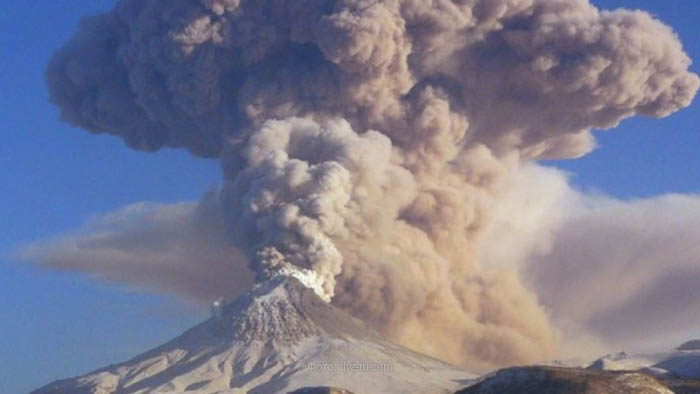 Shiveluch volcano, erupting in Kamchatka, threw a column of ash to a height of 6 km above sea level, said on Friday the Kamchatka group volcanic eruption response (KVERT) Institute of Volcanology and seismology Feb RAS.

This event at the volcano occurred on Friday afternoon local time. Ash plume spread to 50 km in Eastern direction from the volcano, – it is spoken in the message.

As reported a few hours earlier a column of ash above the other Kamchatka volcano Klyuchevskoy – rose to a height of 6.5 km above sea level. Ash plume stretches approximately northeast of Klyuchevskaya.

For both volcanoes KVERT has one of the most threatening – color code orange hazard to aviation.