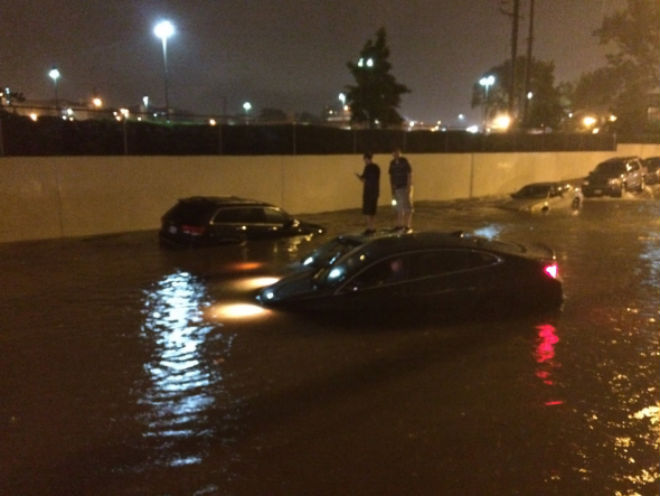 From two to five inches of rain collapsed for several hours, which quickly flooded the roads throughout the city. Some of the interstate highways (Highway 35) were blocked in both directions due to flooding. The vehicles were paralyzed in the rapidly growing floods, numerous rescue operations were carried out. No information was received about the victims and victims of the bad weather.

Water up the doors at World Market in Westport. pic.twitter.com/j7ottb2523

This is the third time in the past two weeks, when Kansas City collided with significant floods. Despite the fact that heavy rain left the city, residents and motorists should remain cautious due to possible flooding along the rivers.