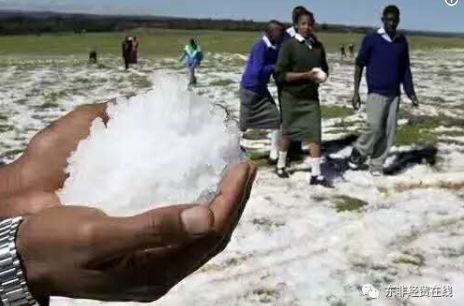 Last week, nature prepared a surprise for the residents of Nayjauru in eastern Kenya. Having woken up one fine morning, they saw that the window was white-white. The first thought that came to the Kenyan people was about the snowfall. But in fact, the substance that fell asleep to Nayyauru turned out to be a very plentiful hail, the Kenya Meteorological Office reported. 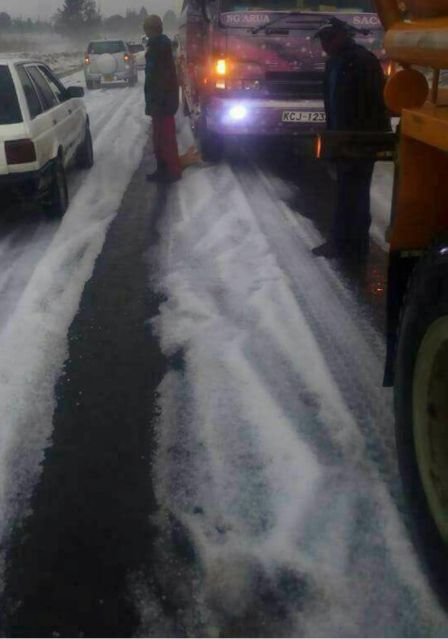 The reaction to the weather phenomenon was rapid. People immediately grabbed for smartphones and began to post photos of snow on social networks. Kenyans posed against the backdrop of “snow-covered” landscapes, picked up a handful of hailstones and even made attempts to ski. 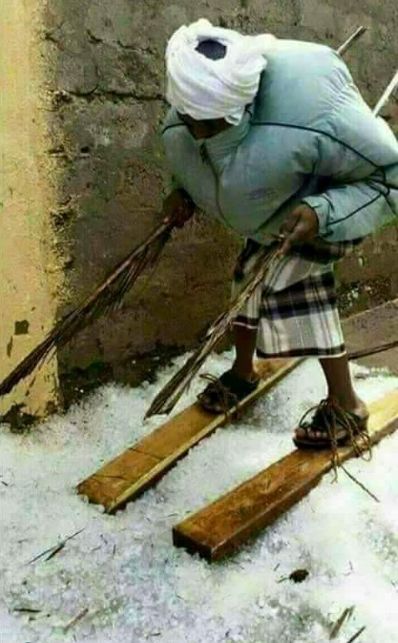 Africa seems to us a sunny and hot continent, where even the thought of snow is impossible. But in fact, it also sometimes snow here, for example, in the Sahara. In 2016, sand dunes of the desert swept the snowstorm, and this magnificent landscape was photographed by the satellite Landsat-7.