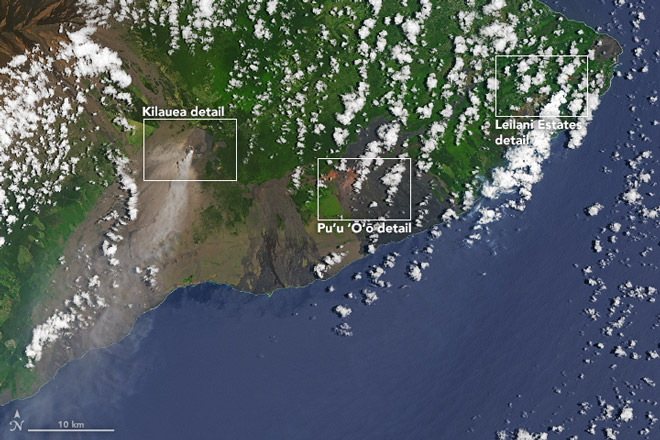 Although Kilauea volcano on the island of Hawaii has been continuously erupting since 1983, the situation became dangerous on May 3, 2018, when several new cracks appeared in the residential area. 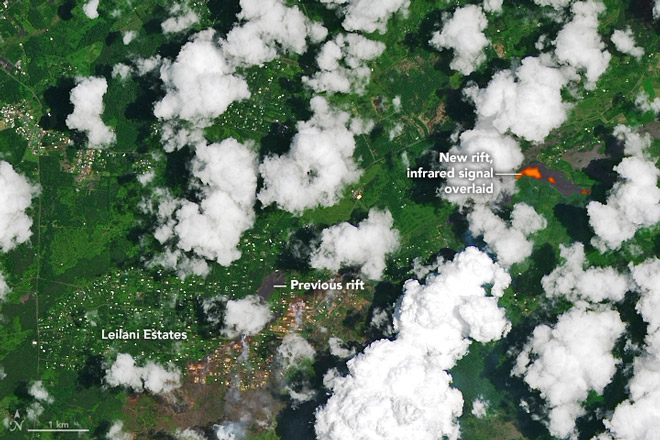 At 10:41 local time on May 14, 2018, using a set of OLI tools on NASA’s Landsat 8 satellite, it was possible to take a snapshot of the volcano in natural colors. The short-wave infrared data was superimposed on the image to show where the satellite detected an unusually high temperature (marked in red) associated with the lava. Recent lava flows look gray, the forests are dark green, and the houses look like small white dots. Large hot spots associated with active cracks were found to the northeast of the Lehalani Estates area. Lava came out of the 17th crack – one of the most active of the 20 new cracks. The Hawaiian volcanic observatory reported that on May 14 from the 17th crack lava fountains and splashing explosions appeared, which rose to a height of more than 30 meters. Slowly moving lava from this crack moved to the southeast and passed about 1.6 km. 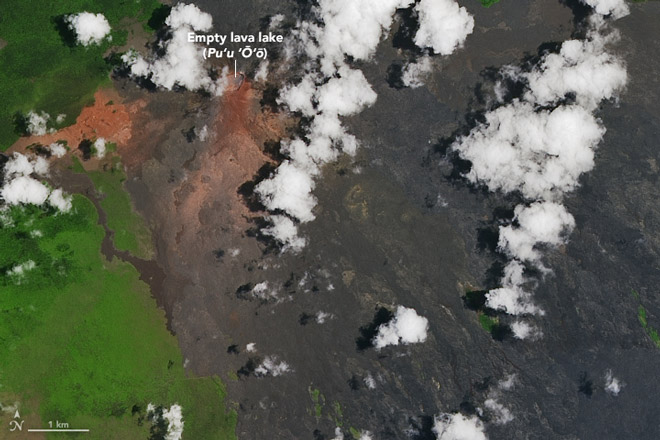 However, the most interesting thing about this image is that it is invisible. Typically, a strong heat signal marks the Pu-Oo cone, located about halfway between the summit and Lehalani Estates, in the eastern reef zone of the volcano. Since 1983, lava has regularly come out of cracks or a lava lake, but on April 30, 2018 activity in Puu-Oo was asleep when the lake dried up, and the lava moved east towards Lehalani. It is worth paying attention to the size of the new flows in the Lehalani, comparing them with the old flows that moved west. According to volcanologist Eric Clemeti from the University of Denison, the area of ​​lava flows halfway down the rift zone is what these new eruptions can become if they continue for several months or longer. Eruption seems dramatic, especially if you are near a crack, but lava flows are still relatively small compared to most such areas of lava flows. 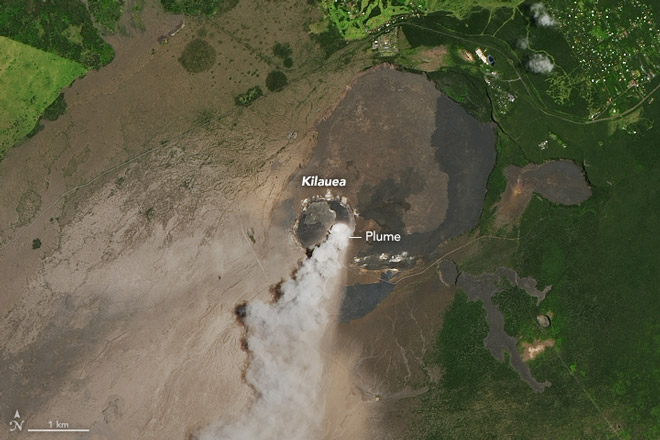 Meanwhile, the Hawaiian Volcanic Service reported that on May 14 a steady pair of steam and a small amount of ash had risen from the inner crater of Haelemaumau on the top of the volcano and drifted to the southwest. Ashes in the plume, probably, was a sprayed material, raised upwards, when the stones fell into a shallow lake.