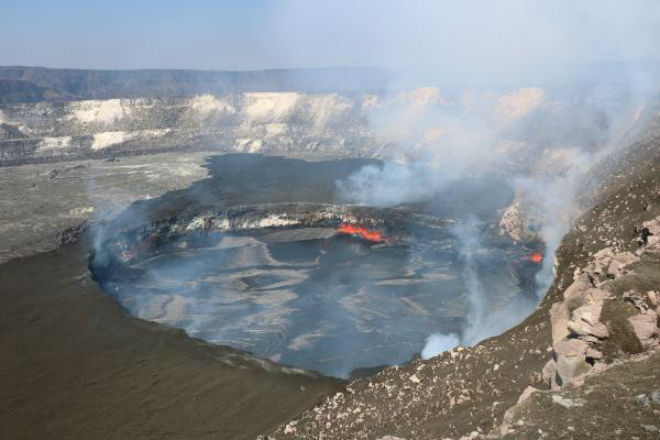 The eruption of Kilauea volcano in the Halemaumau crater began in March 2008. Since then, countless changes have taken place. In the crater, a lava lake formed, expanded due to rock falls, explosions sprayed lava around the crater. The level of lava in the lake fluctuated, which led to a spill of it.

The past year was noteworthy for a simple reason: the lake became often prominent from public viewing sites. The level of lava rose sharply in early 2016. The view of the lake is very impressive, especially at dawn and at dusk. The surface area of ​​the lake has been growing slowly since 2008 and in 2016 it has increased by about 20 percent. The area of ​​the lake is currently about 39,000 square meters. 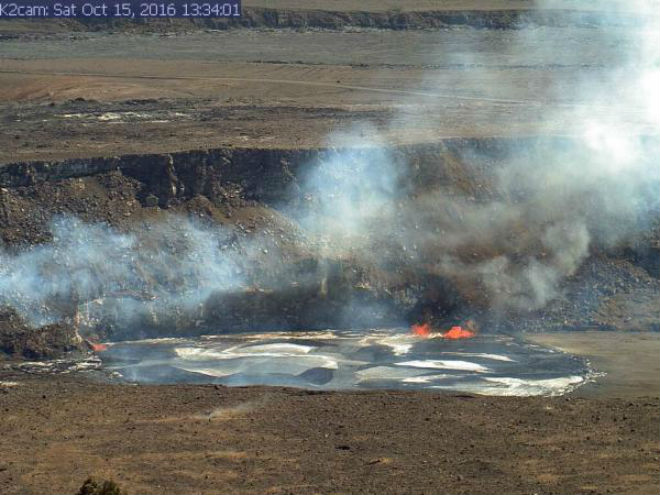