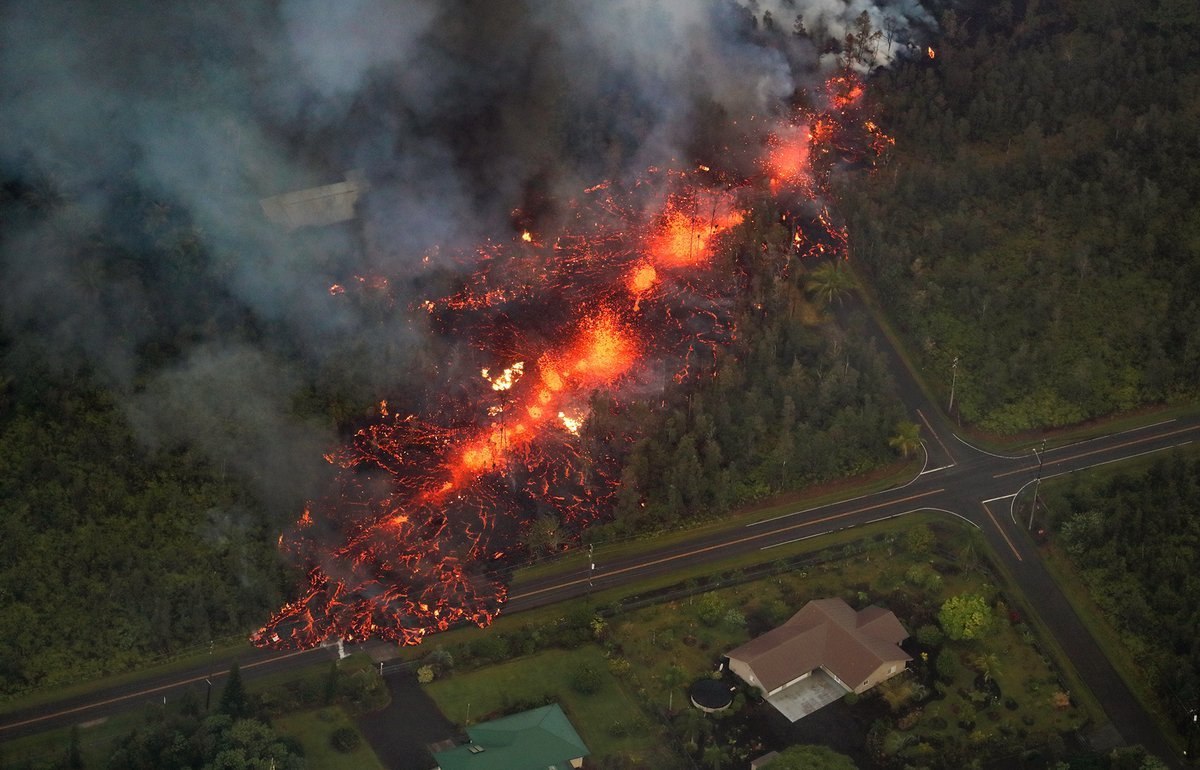 The erupting Kilauea volcano destroyed 41 houses. From the volcanic cracks surrounding the giant, lava is constantly erupting, a poisonous gas is coming out. The houses were destroyed by lava flows.

In the region, evacuation was announced, 1,7 thousand people left their homes. Near the volcano formed at least nine cracks. Previously reported volcanic ash emissions and earthquake of magnitude 6.9.

The eruption of the volcano is a terrible, but spectacular event. Since the XIX century, Kilauea is popular with artists around the world, because of it the so-called “Volcanic School” painting.

The name of the volcano Kilauea is translated as “erupting, splashing out”. The height of the giant is 1247 meters above sea level, but if you count from the base located at the bottom of the Pacific Ocean, the height of Kilauea is about 6800 meters. The volcano erupted many times over the history of observations. The first documented large eruption refers to 1790, the last eruption began on January 3, 1983. It continues to this day. 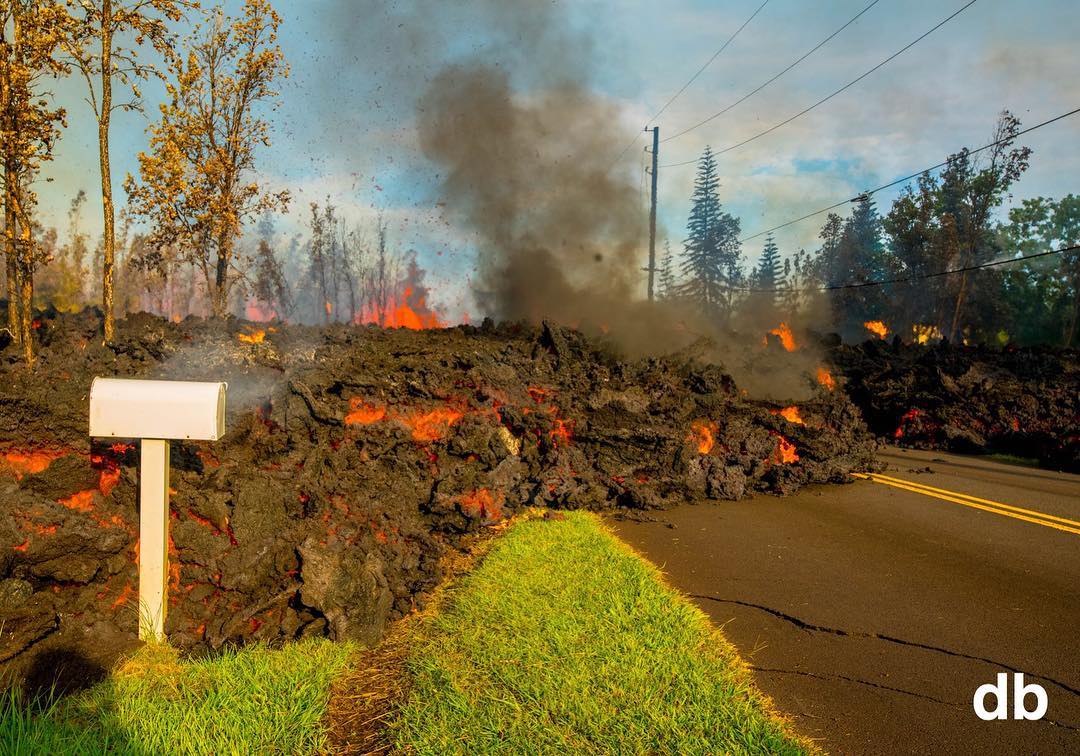 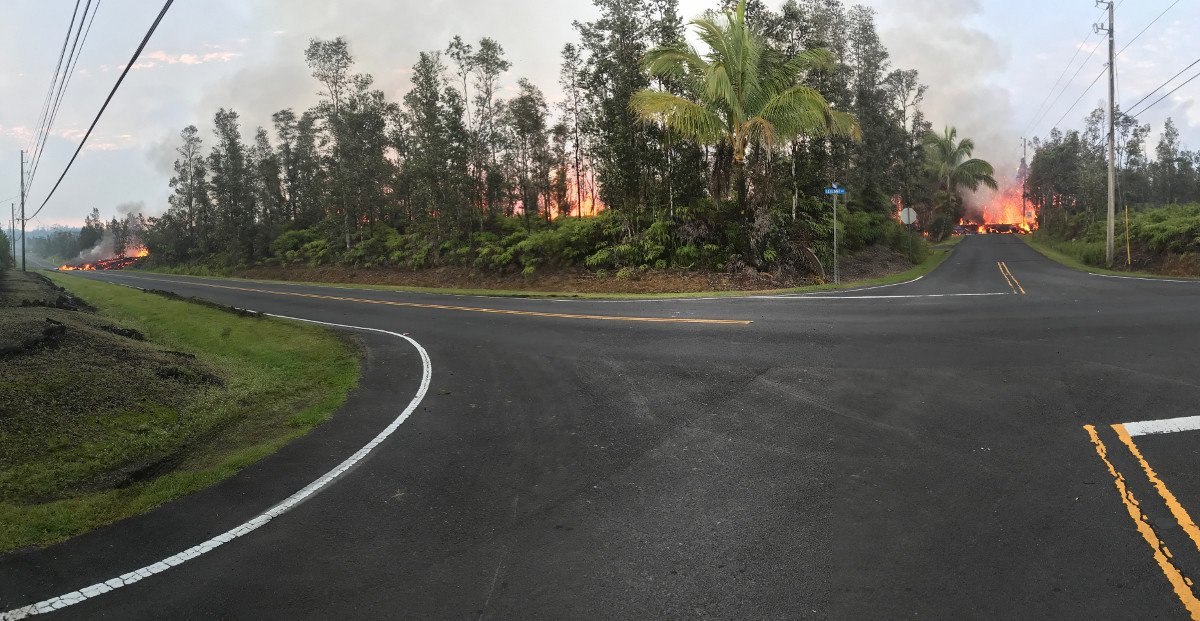 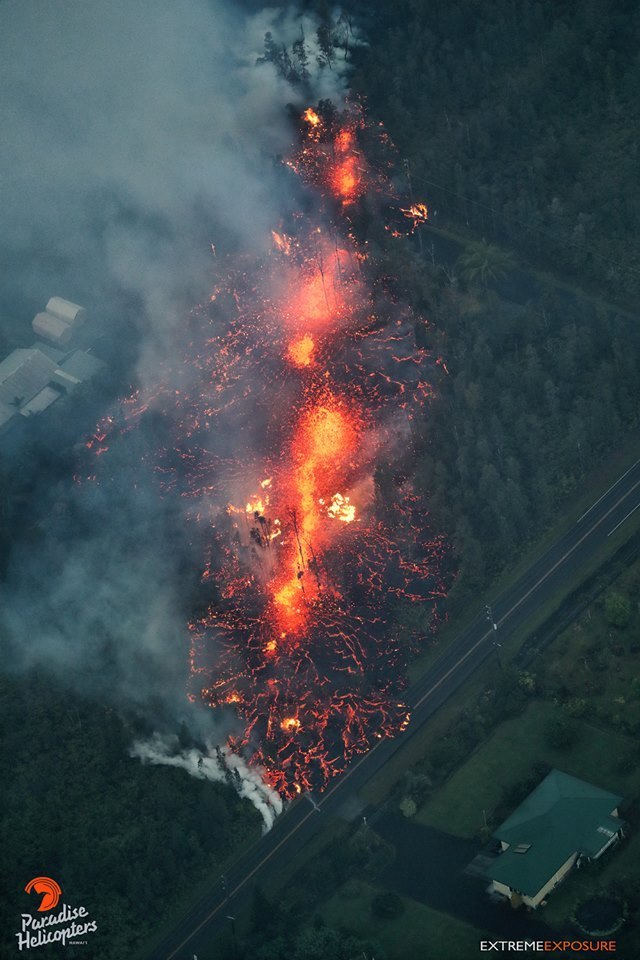 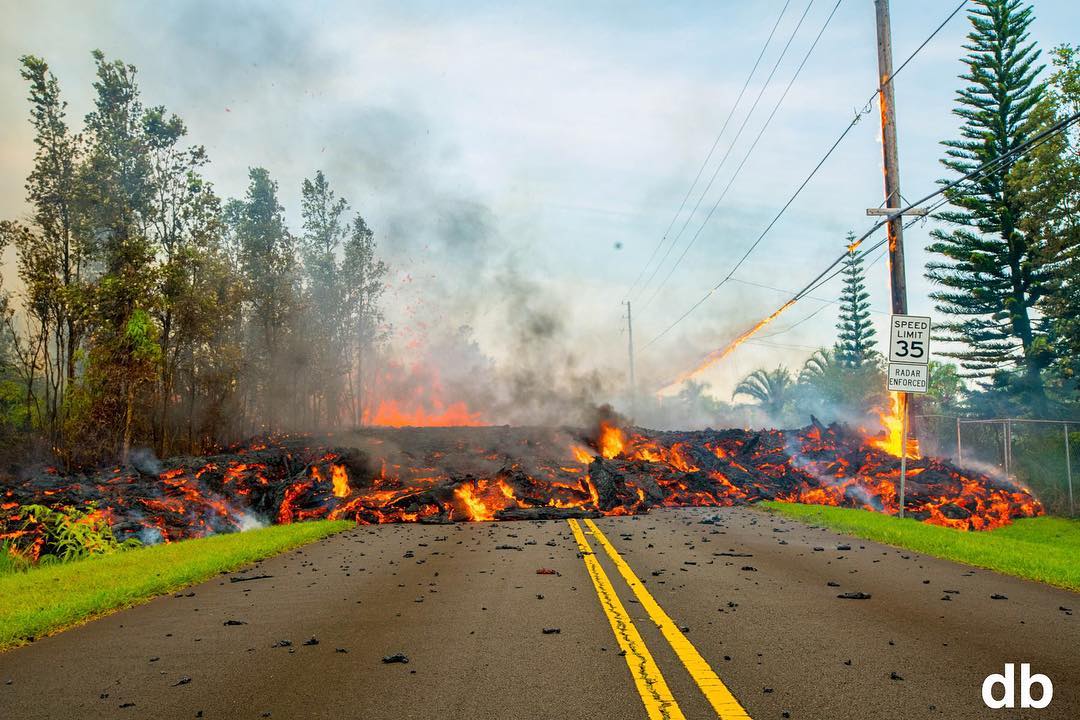 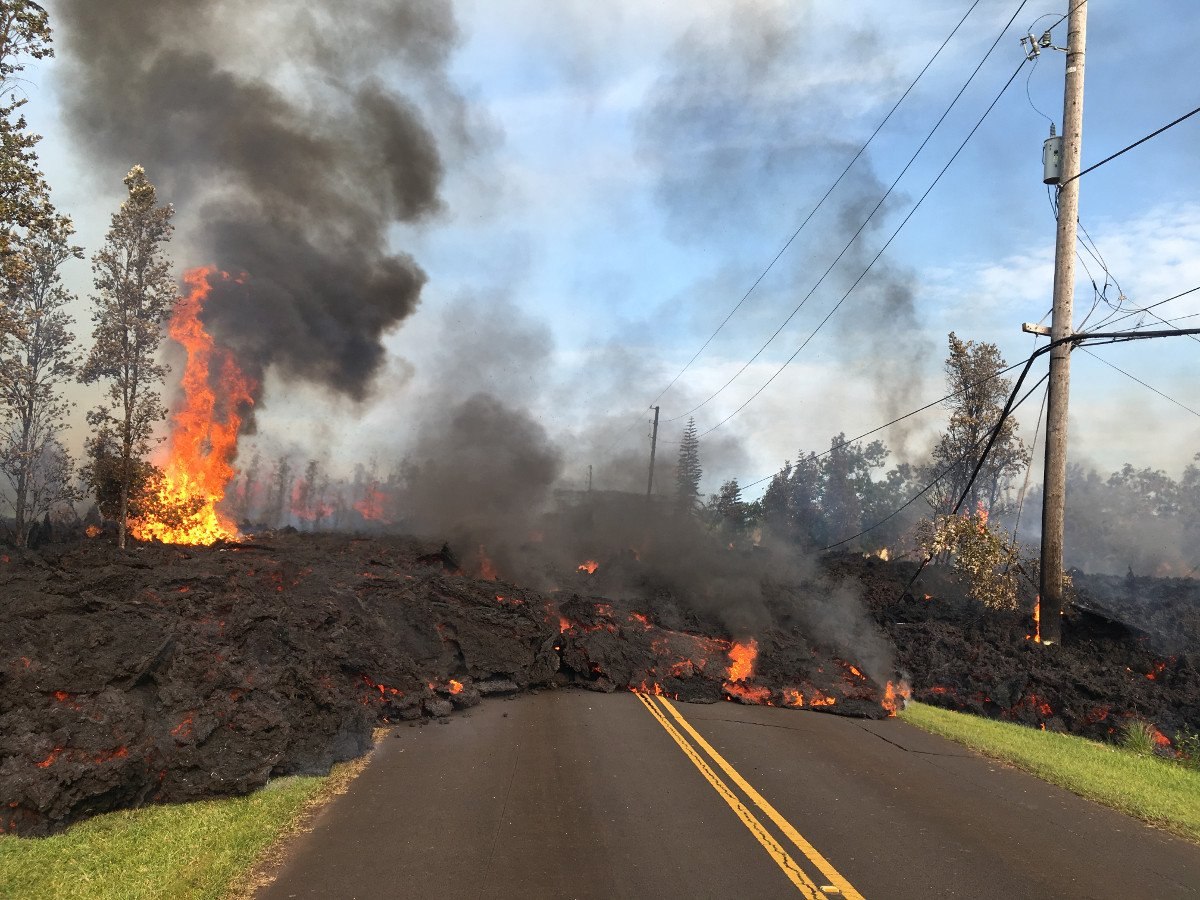 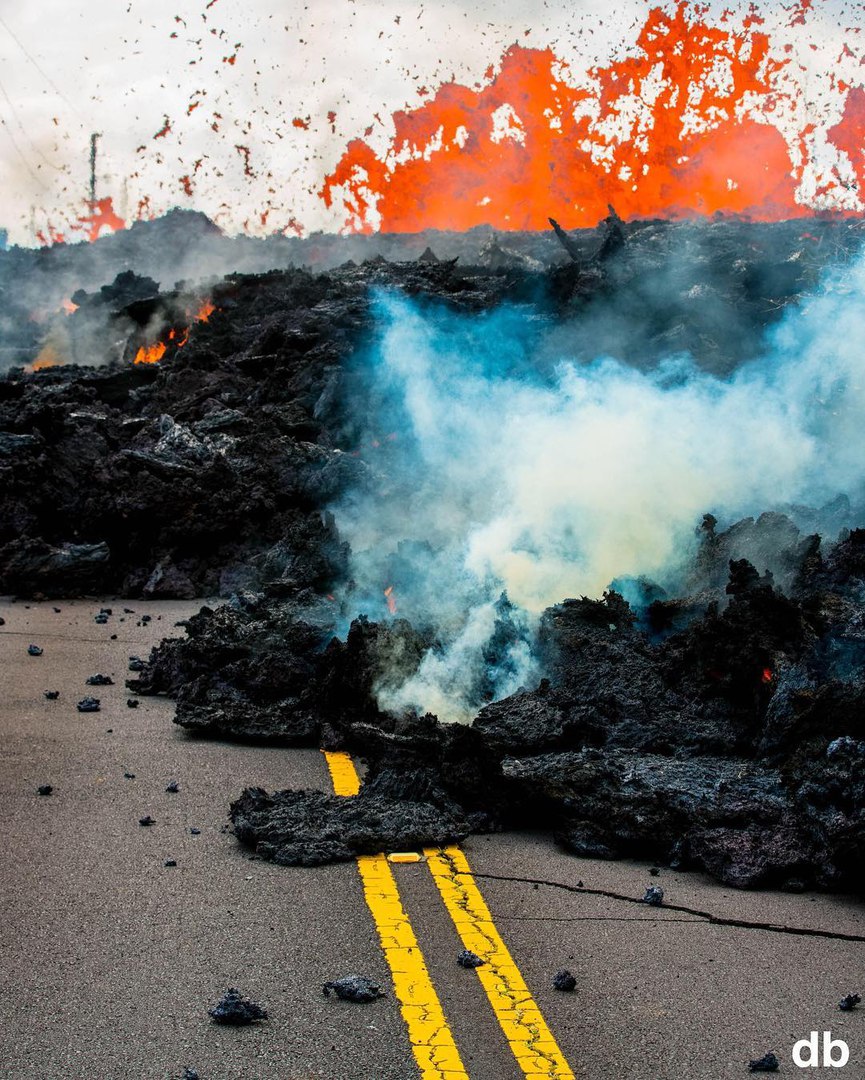 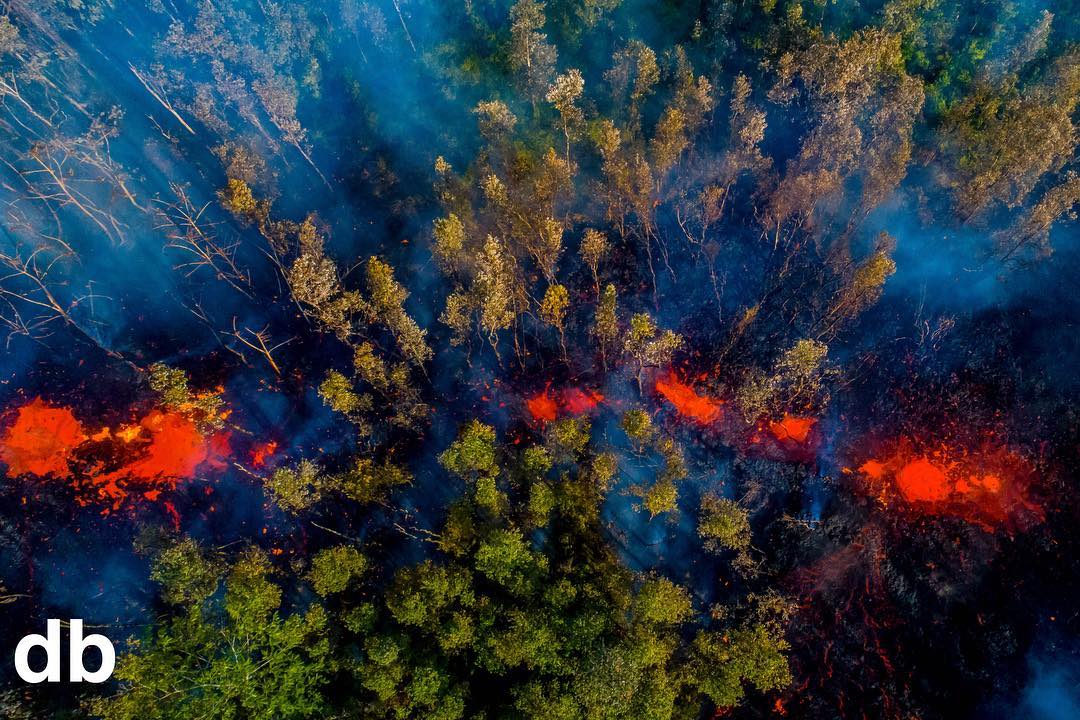 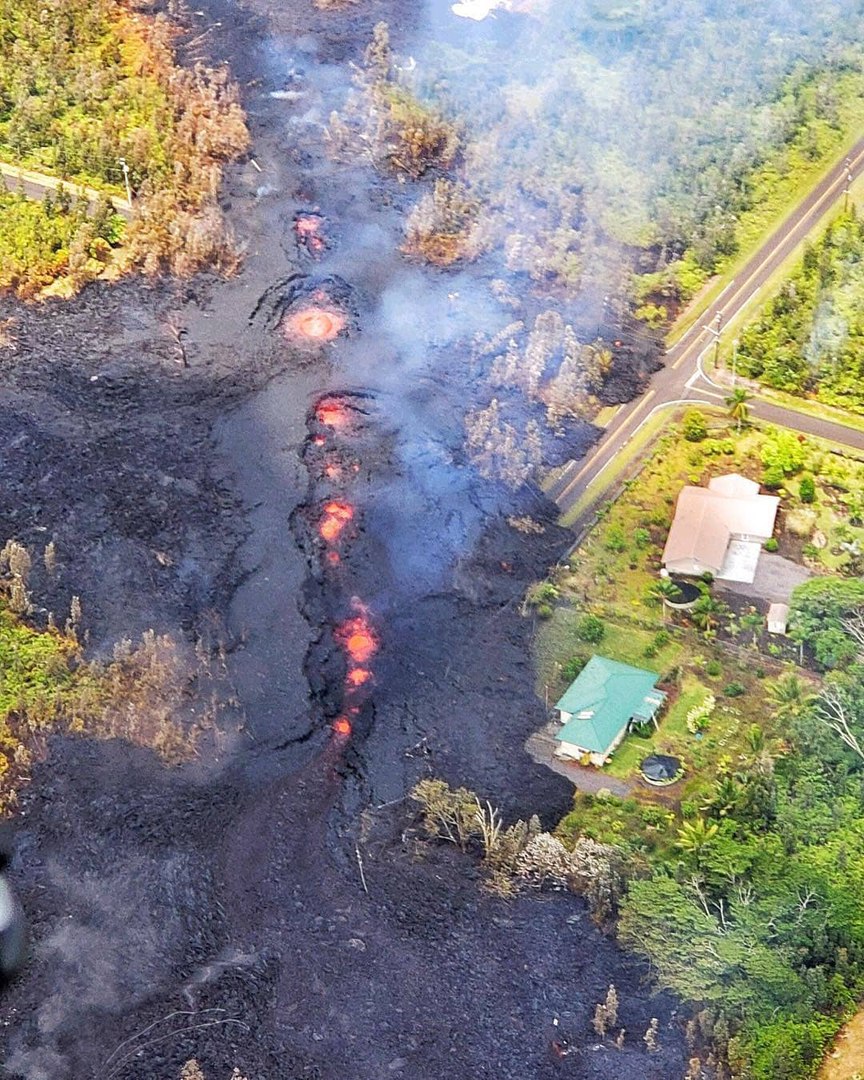