Kilometers of glaciers in Antarctica collapse into the sea 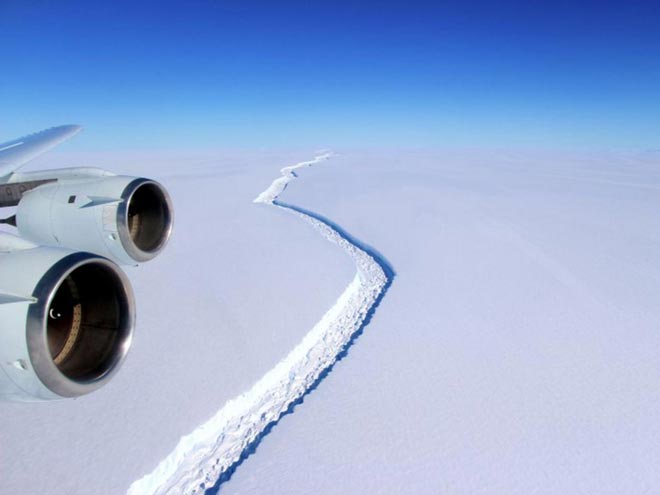 Kilometers of ice sheets in Antarctica crash into the sea. The trend may indicate an early stage of unstoppable destruction of glaciers, scientists fear.

The collapse of the most vulnerable areas of the ice sheet will cause a rise in sea level. This, in turn, threatens the coastal cities of the world, for example, Miami, New York, Mumbai and Shanghai.

Although the melting of ice caps has been known for a long time, scientists are now trying to measure the speed with which the process takes place.

Computer predictions assumed that if man-made emissions continue to heat the atmosphere at current speed, parts of Antarctica will quickly collapse. As a result, the world ocean level will increase by 1.8 meters and more by the end of the XXI century. This is 2 times more than the maximum rise in water predicted on the International Climate Panel 4 years ago.

Since 1950, the temperature of the Antarctic Peninsula has risen by almost half a degree Celsius every decade, which is much faster than the world average. Now American and British scientists are working together to get more accurate data on the rate of ice melting in the most vulnerable areas.

Scientists from Columbia University (USA) now make a map of the composition and depth of the glacial shelf – a floating piece of ice, larger than California, called Ross.

The study of the shelf will help scientists find out how vulnerable it is to destruction and when it can happen, as well as gather information on the movement of continental ice from Antarctica to the ocean.

According to the worst scenario, the Ross Ice Shelf will collapse in the middle of the century