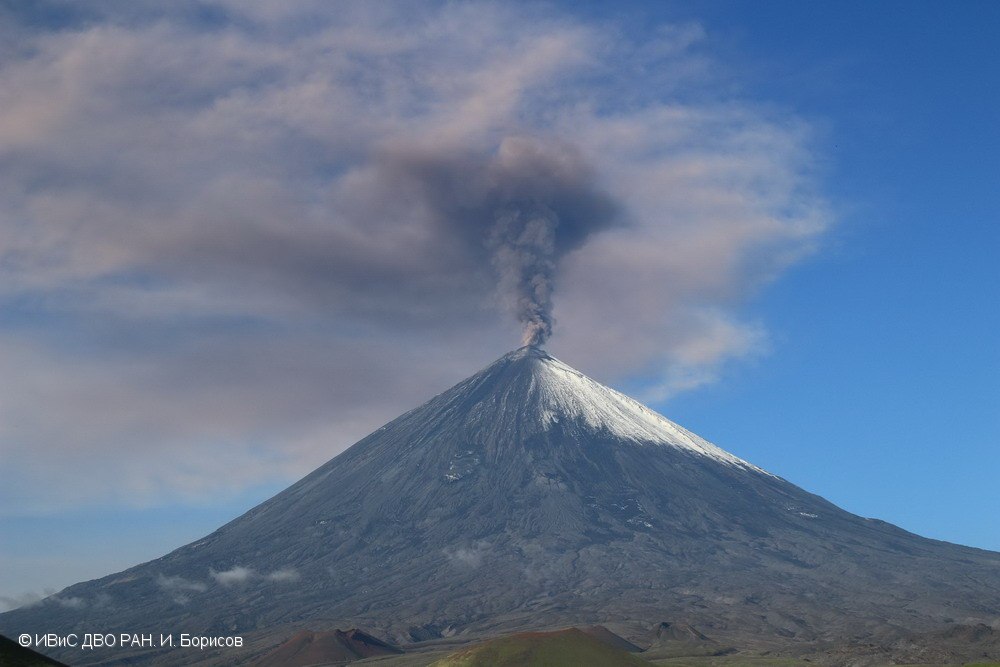 Klyuchevskaya volcano continues to erupt, continuously throwing out ash poles, which do not reach populated areas.

“The activity of the volcano continues: since March of this year on Klyuchevskoye there has been a continuous release of ash to a height of 6 km, which is normal for this volcano.” Ashes to the settlements do not reach, “the source said.

According to the KVERT website, the ash plume on Tuesday stretches for 99 km in the western and north-west direction from the volcano.

As reported, KVERT has established for Klyuchevsky one of the most threatening – the orange color code of danger for aviation.