Klyuchevskoy volcano on Kamchatka threw a six-kilometer column of ash 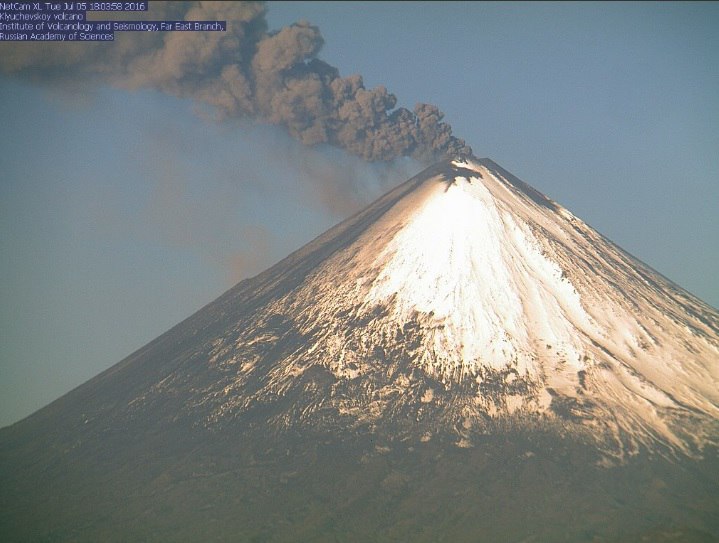 Ash emission recorded during the day on Wednesday to the Kamchatka volcano Klyuchevskoy, reports the press service of EMERCOM in Kamchatskiy Krai.

The height of ash emissions amounted to six kilometers above sea level. Taking into account the wind direction ash cloud spread in the Eastern direction from the volcano to a distance of 100 km”, – stated in the message.

Clarifies that the ash cloud moved to the Kamchatka Gulf, the spread of the ash plume localities no, pelopidas in a residential area is also not registered.

As reported, the eruption of the Klyuchevsky volcano in Kamchatka began on 3 April. Since then, the volcano several times threw out plumes of ash, according to its slope and flows down the lava flow.