Klyuchevskoy volcano on Kamchatka turned out to be a SUPERVOLCANO 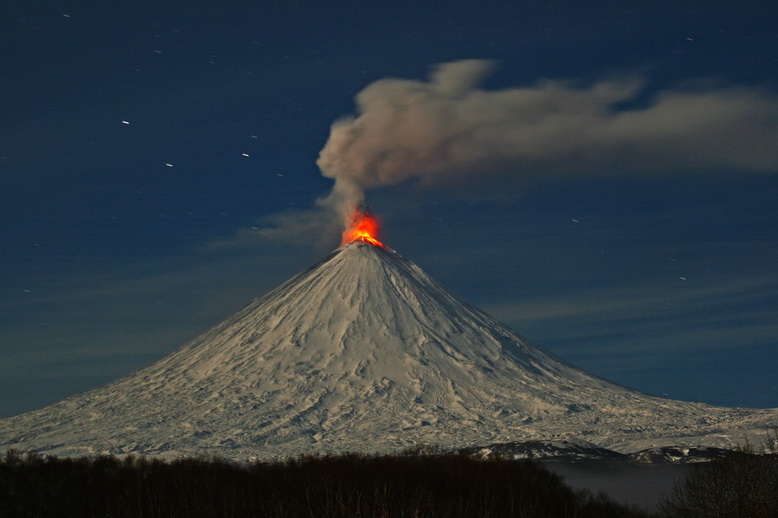 The participants of the international project KISS (Klyuchevskoy Investigation – Seismic Structure of Extraordinary Volcanic System) for the study of Klyuchevskoy volcano, on the eve of the release of ash to a height of 11 km, has established its similarity with the SUPERVOLCANO Toba in Sumatra, which erupted 74 thousand years ago was the strongest in a few million years.

The main source, supplying the material for the eruption of the Klyuchevskoy volcano, located at a depth of about 30 km, which makes it an atypical volcano – seismic activity usually recorded at a much shallower depth, of 3 to 5 km. In this regard Klyuchevskoy volcano like a volcano Toba, – said the head of the laboratory of seismic tomography of the Institute of petroleum Geology and Geophysics (ipgg, Novosibirsk), Ivan Kulakov.

Within this deep reservoir in klyuchevskiy system register every day, dozens of enough strong earthquakes, which indicates a very active chemical and mechanical processes.

Thus, according to the scientist, the super eruption of the Klyuchevskoy volcano is unlikely.

Super eruption is unlikely, because the eruptions there is a constant discharge voltage, and accumulating in the hearth, he said.

However, there is an opposite point of view, based on the fact that this volcanic system on geological scales young, and when a super eruption does occur, the said I. Kulakov.

He said that the next period of eruptions of Klyuchevskoy volcano began in April this year, established in the framework of the project ” KISS on the volcanoes of this group of seismic stations (approximately 80 units) was able to register the unique information on the preparation, the beginning and development of the eruption, the data are analyzed. One of the stations irrevocably took a mud avalanche.

On the eve of the Klyuchevskoy volcano erupting in Kamchatka, threw the ashes to a height of 11 km above sea level.

Currently on Earth there are about two dozen volcanoes, eruption can affect the climate of the planet, these include, for example, the Yellowstone SUPERVOLCANO in the United States. On average, the eruptions occur every 100 thousand years.